Micron Technology, Inc., announced that its GDDR6 memory, Micron’s fastest and most powerful graphics memory, will be the high-performance memory of choice supporting Achronix’s next-generation stand-alone FPGA products built on TSMC 7nm process technology. GDDR6 is optimized for a variety of demanding applications, including machine learning, that require multi-terabit memory bandwidth and will enable Achronix to offer FPGAs at less than half the cost of FPGAs with comparable memory solutions.

This new joint solution addresses many of the inherent challenges in deep neural networks, including storing large data sets, weight parameters and activations in memory. The underlying hardware needs to store, process and rapidly move data between the processor and memory. In addition, it needs to be programmable to allow more efficient implementations for constantly changing machine learning algorithms. Achronix’s next-generation FPGAs have been optimized to process machine learning workloads and currently are the only FPGAs that offer support for GDDR6 memory.

“From GPUs and beyond, Micron delivers high-performance memory solutions that meet the needs of today’s most demanding applications, including artificial intelligence (AI) and machine learning — most recently demonstrated by achieving throughput of up to 16 Gb/s on our GDDR6 solutions,” said Andreas Schlapka, director of Micron’s networking segment. “In addition to offering increased performance, Micron has developed an ecosystem to support companies like Achronix whose FPGAs with GDDR6 will enable rapid creation of designs. This, in effect, translates into faster time to market for customers using this powerful new memory technology.”

Achronix’s next-generation FPGAs include up to eight hardened GDDR6 memory interfaces that provide customers the flexibility to choose from multiple memory configurations for their end application. Customers can use from one to eight GDDR6 memory devices, which can offer over 4 Tb/s memory bandwidth and from 8Gb to 128Gb density. This type of flexibility allows customers to optimize cost and power for their application, which is not currently possible with alternate high-bandwidth memory solutions like HBM2.

“With more than 14 years’ experience in developing high-performance FPGAs, Achronix is the first FPGA company to support GDDR6 memory and deliver multi-terabit memory bandwidth at the lowest cost for data center, blockchain, networking and automotive applications that require the highest-performance programmable platform,” said Manoj Roge, vice president of strategic planning and business development at Achronix Semiconductor Corporation. “Achronix is excited to work closely with Micron and other ecosystem partners to accelerate time to market for GDDR6-based solutions for our customers’ most demanding workloads and applications.”

Micron works closely with partners like Achronix to accelerate engineering efforts to build robust models and toolsets and deliver board layout validation. Through this ecosystem approach, Micron delivers high-bandwidth memory technology that provides a path for engineers to incorporate GDDR6 in designs and bring bandwidth-intensive applications to market. 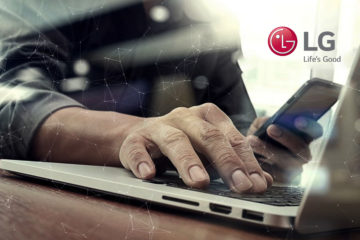