Motion Gestures, a Canadian machine learning startup specializing in gesture recognition software, launched a breakthrough platform for gesture recognition applications. The software is a significant advance over conventional approaches and dramatically reduces the time, cost, and effort of building a gesture interface for any system, device, or app. It supports gesture recognition with a wide variety of motion, touch, and vision sensors and can be deployed on cloud, gateway/hub, and embedded platforms.

The patent-pending technology defines the state-of-the-art in gesture recognition in six fundamental ways:

“We believe gesture recognition as a human-machine interface is today where voice recognition was five years ago,” said Kashif Kahn, CEO and Co-Founder of Motion Gestures. “We want to dominate this emerging space by offering a powerful solution that eliminates the difficulties of building a gesture interface and helps bring gesture control into consumer mainstream. We invite developers to experience the power of our breakthrough platform via use of a free developer license.”

Motion Gestures specializes in machine learning-based gesture recognition software and was founded in Waterloo, Canada in 2016. The company aims to enable rapid development and deployment of gesture-enabled interfaces for systems, devices, and apps. Its software supports advanced 2D and 3D gestures using motion, touch, and vision sensors and can be deployed on cloud, gateway/hub, and embedded platforms. Developers are offered free licenses to the cloud SDK and can quickly create and test any gesture using their smartphones. 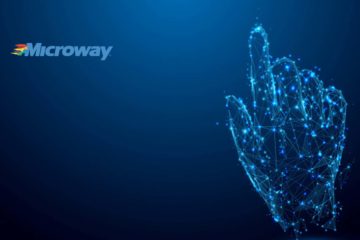