Enlitic Closes $25 Million in Series B-1 Funding Round

Enlitic Closes $25 Million in Series B-1 Funding Round

New Equity Capital Fuels Momentum as Company Sets Its Sights on Market Deployment in 2020, Lawrence Gozlan Joins Board of Directors

Enlitic, Inc., a leading developer of artificial intelligence (AI) software designed to help doctors diagnose patient conditions more quickly and more accurately, announced the completion of $25 million in Series B-1 financing. Thorney Investment Group, one of Australia’s leading investment groups, led the round and Enlitic’s existing investors Capitol Health, Marubeni Corporation, Amplify Partners, The Jagen Group, and Regal Funds Management – also participated. Enlitic will use the proceeds for the next phase build-out of its comprehensive AI software platform and to further grow its global footprint with major regional partners in the healthcare industry, paving the way for market deployment in 2020. The company will debut its new platform in December at RSNA 2019.

Enlitic also announced the appointment of Lawrence Gozlan of The Jagen Group to the company’s board of directors, joining Sunil Dhaliwal of Amplify partners, Andrew Harrison of Capitol Health, Kevin Lyman, Enlitic’s Chief Executive Officer, and Michael Sistenich, Enlitic’s Chairman of the Board.

In building the company’s best-in-class platform, Enlitic’s team of practicing radiologists, data scientists, and software engineers analyze millions of clinical cases from global healthcare partners to improve diagnostic accuracy, speed, and patient outcomes, as well as to accelerate pharmaceutical research and drug trials. Since undergoing an executive reorganization in June of 2018 that included the appointment of Kevin Lyman as Chief Executive Officer, Anthony Upton as Chief Medical Officer, and Michael Sistenich as Chairman of the Board, Enlitic has experienced unprecedented growth that includes the following achievements:

“Enlitic’s rapid growth, including our successful fundraising, points to the enthusiasm and confidence we have elicited in the marketplace with the development of our comprehensive AI software platform and our highly efficient business model,” said Kevin Lyman, Enlitic’s Chief Executive Officer. “We look forward to formally debuting our platform at RSNA 2019 in December and to its market deployment in 2020.”

Alex Waislitz, Founder and Chairman of Thorney Investment Group said, “The global healthcare industry is experiencing the dawn of a new age with artificial intelligence and we are excited to be at its forefront with our investment in Enlitic and the company’s game changing AI-powered software platform.”

Commenting on the appointment of Lawrence Gozlan to Enlitic’s board of directors, Michael Sistenich, Enlitic’s Board Chairman said, “Lawrence joins us with one of the most extensive backgrounds in the biotechnology and healthcare investment communities. I am certain that his expertise and keen eye to the future of global healthcare will add tremendous value to our board.”

Penguin Computing to deliver Magma Supercomputer, one of the First Intel Xeon Platinum 9200 Series Processor-based Servers for AI and HPC 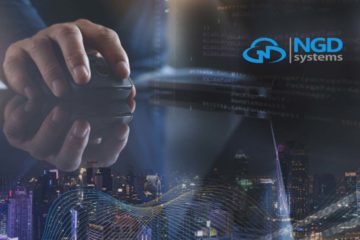