At Microsoft’s Build Developers Conference, The Company Is Announcing A Preview Of Project Brainwave Integrated With Azure Machine Learning, Which The Company Says Will Make Azure The Most Efficient Cloud Computing Platform For AI

Project Brainwave is a hardware architecture designed to accelerate real-time AI calculations. The Project Brainwave architecture is deployed on a type of computer chip from Intel called a field programmable gate array, or FPGA, to make real-time AI calculations at competitive cost and with the industry’s lowest latency, or lag time. This is based on internal performance measurements and comparisons to other organization’s publicly posted information.

At Microsoft’s Build developers conference in Seattle this week, the company is announcing a preview of Project Brainwave integrated with Azure Machine Learning, which the company says will make Azure the most efficient cloud computing platform for AI.

According to Allison Linn, senior content manager at Microsoft – in her blog – Mark Russinovich, chief technical officer for Microsoft’s Azure cloud computing platform, said the preview of Project Brainwave marks the start of Microsoft’s efforts to bring the power of FPGAs to customers for a variety of purposes.

Jabil is working with Microsoft to look at how it could use Project Brainwave to quickly and accurately use AI to scan images and flag false positives – or items that aren’t actually defective. That more detailed analysis will free up the people who manually check for defects to focus on the more complex cases.

All those seconds saved add up, said Ryan Litvak, Jabil’s IT manager, as manufacturing customers are always eager to find any efficiency gains they can pass on to their customers.

“It’s highly competitive, so anything you can do to get an advantage for the customer is going to provide incremental improvement,” he said.

The Project Brainwave preview includes the ability for customers to do ultra-fast image recognition for applications such as the one Jabil is piloting, and it lets people do AI-based computations in real time, instead of batching it into smaller groups of separate computations. It works on TensorFlow, one of the most commonly used frameworks for doing AI calculations using deep neural networks, a method that is roughly modeled on theories about how the brain works. In addition, Microsoft is working on building the capability to support Microsoft Cognitive Toolkit, another popular framework for deep learning.

Microsoft also is announcing a limited preview to bring Project Brainwave to the edge, meaning customers could take advantage of that computing speed in their own businesses and facilities, even if their systems aren’t connected to a network or the Internet.

The public preview of Project Brainwave comes about five years after Burger, a former academic who works in Microsoft’s research labs, first began talking about the idea of using FPGAs for more efficient computer processing. As he refined his idea, the current AI revolution kicked into full gear. That has created a massive need for systems that can process the large amounts of data required for AI systems to do things like scan documents and images for information, recognize speech and translate conversations.

Burger says Project Brainwave is perfect for the demands of AI computing. Project Brainwave’s hardware design can evolve rapidly and be remapped to the FPGA after each improvement, keeping pace with new discoveries and staying current with the requirements of the rapidly changing AI algorithms.

An FPGA also can be quickly reprogrammed to respond to new advances in AI, making it more flexible in such a fast-changing field than other types of computer chips.

The demand for systems that can handle AI workloads quickly and at reasonable cost is only expected to grow. That’s because companies are looking at more sophisticated uses of AI, such as to analyze unstructured data like videos, and they are developing more sophisticated AI algorithms that can do things like search those videos for all footage of cities near oceans. 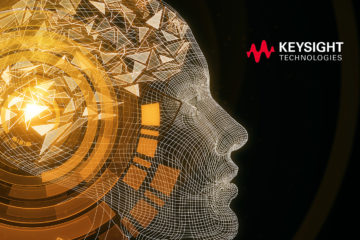