The countdown to the world’s greatest sporting event ends today. Yes, today the FIFA World Cup 2018 kicks off at Luzhniki Stadium, Moscow.  Even before the event began, the marketing and branding giants began to place their might behind their teams and players (most are celebrities in their own right!). However, this World Cup is steaming around the current Brobdingnagian – Artificial Intelligence!

I was baffled by the kind of simulations that poured in from AI/Machine learning labs. Most of them are predicting the likely outcomes of games. And, IBM Watson is a partner for fan experiences around the event.

Going by the current trends following the use of AI to predict the winners of World Cup 2018, the pool is certainly a fun place to be.

Déjà vu, Brazil will still start as the favorites. AI also gets that very much right. Goldman Sachs predicts Brazil will be the winner after simulating “1 million possible variations of the tournament in order to calculate the probability of advancement for each squad.”

In another AI-related simulation, Spain stands the second-best chance to lift the World Cup. The study, offered to the Cornell University Library, says —

“The model slightly favors Spain before the defending champion Germany. Additionally, we provide survival probabilities for all teams and at all tournament stages as well as the most probable tournament outcome.”

World Cup Results: Do GDP and the number of Champions League players on the team Impact Outcome?

Yes, they do. According to a recent article in the MIT Technology Review, researchers used AI and machine learning to predict the outcome after simulating the entire soccer tournament 100,000 times.

Andreas Groll at the Technical University of Dortmund in Germany and a few colleagues found out that a country’s GDP and population, FIFA’s ranking of national teams, and the number of Champions League players they have, provide an unlikely advantage to their chances in advancing to the knock-outs.

Based on these machine learning outcomes, Spain (73%) has a much higher chance of advancing to the final stages compared to Germany (58%).

Here’s a sample of the flowchart that sees Germany lifting the world cup!

Mastering the Art of Free-Kicks

Simulation is fun, and much like Formula 1 racers, footballers can also master the art of free-kicks using this machine-learning model.

IBM Watson is offering their expertise to Fox Sports. The deal will help football fans create and cut highlights from the FIFA World Cup. IBMcould deliver up to 100,000 hours of video footage to fans, including the best bits from the package using AI and machine learning.

With so much at stake for teams and advertisers, FIFA World Cup is most likely to showcase how AI can be a helpful ally to finding or predicting winners, pulling out your best moments from the fan experience club, and much more.

Disclaimer: Don’t use this article for betting or for any financial decision. If you anyhow do, who are we to stop you! Don’t forget to share the love though!

Acceptto Emerges from Stealth Mode with Introduction of Cognitive Authentication 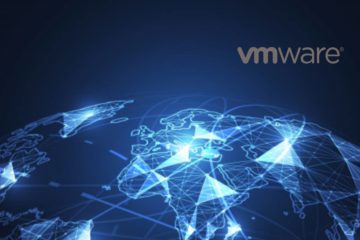