Future Positive Capital (FPC) announces the first close of its fund at $57.1 Million

Though the initial target size for the fund was $55 Million, Future Positive Capital fund is oversubscribed at first close with $57.1m in commitments as backers show strong interest in companies that solve the world’s most pressing problems.

“the problems they seek to solve are global, complex and require radical innovations. Their relentlessness, combined with their long-term vision attracts the best talent. This increases the chance that these companies will go from $10 million businesses to $1 billion category leaders.”

The Paris-London based investment team seeks Europe’s boldest entrepreneurs who use advances in artificial intelligence, robotics, synthetic biology, genetics, and other deep technologies to solve problems such as feeding the world’s growing population sustainably, tackling climate change and coping with an ageing population.

FPC targets blind spots in existing European venture capital funding. Many venture capital investors remain highly concentrated in a handful of sectors (consumer, fintech, marketing etc.) focusing on web and mobile technologies that target mainly wealthier consumers, leaving a long tail of opportunities for investors who are willing to back the next generation of visionary entrepreneurs. The team believes major global factors of change, such as the acceleration and convergence of advanced technologies, new aspirations from the workforce and consumers, huge macro demographic shifts and stronger regulation have led to a real tipping point in our global economy which has created unique conditions for these new companies to thrive.

“Future Positive Capital captures the zeitgeist of our time. At a macro level, we see a universalization of challenges, where problems that once were those of “others” are now those of everyone. The consequences of climate change is the most obvious example,” said Sofia Hmich, “the time is right to build an investment firm based on the conviction that the greatest value creation will be driven by companies that are necessarily interconnected with improving the human and planetary condition.”

FPC is building a concentrated portfolio of ~20 companies at Seed and Series A, with investment ranging between ~$300,000 and ~$5m.

The team published a blog post detailing their thesis “The Future Positive Thesis”.

FPC has already invested in two companies: Meatable, a Dutch company that is developing in-vitro, lab-grown clean meat from stem cells, and BioBeats, an Oxford-based company that built the world’s first unified computational model for wellbeing.

“We exist to back a new wave of entrepreneurs and scientists which is on the rise,” said co-founder Alexandre Terrien, “the problems they seek to solve are global, complex and require radical innovations. Their relentlessness, combined with their long-term vision attracts the best talent. This increases the chance that these companies will go from $10 million businesses to $1 billion category leaders.”

David Plans, founder of BioBeats, said: “We decided to re-open our round for FPC because they understood the specificity of our technological approach and were 100% aligned with our long term vision. It is exciting to work with the team because they’re entrepreneurs at heart who understand the challenges of a start-up and can offer the support we need.”

A complementary team led by a passionate female founder

Sofia is not a typical VC. The child of first generation Moroccan immigrants, the 31 year old grew up and studied in Paris’s banlieue at La Courneuve and made it from there to one of Paris’s elite business schools, HEC Paris. At the intersection of entrepreneurship and investment, her career has encompassed tech innovation throughout with stints at Index Ventures, Europe’s top venture capital firm, and Deezer, the worldwide digital music service, where she was in charge of international expansion. Prior to setting up FPC, she spent two years building the pillars of the firm by investing in companies like what3words and HomeTree as well as Ynsect and Streetbees in collaboration with renowned investors. Sofia is one of the very few female Founding General Partners in the world. According to estimates by European Women in Venture, only 5% of Managing Partners of EU-based venture capital firms are women.

Sofia Hmich’s co-founders are Alexandre Terrien and Michael Rosen. Terrien previously worked with Harvard biomedical engineering professor David Edwards to build companies at the frontiers of science and design. Terrien also co-founded pan-African education media franchise Kukua, and scaled the French and Swiss businesses of VC-backed General Assembly (which recently sold to Adecco for $412m). Rosen brings 13 years of experience of private equity through Pamplona Capital Management, investing across a range of sectors and geographies. He has also been an active investor in a large number of early stage technology businesses. Other members of the team are CFO Eva Sitbon and General Counsel Maarten Scholten, who was the former General Counsel at Total.

“By targeting the blind spots of the venture capital industry, Future Positive Capital is uniquely positioned to identify the next wave of leading European companies – those that can become global leaders while solving important global needs. This is why it’s the first fund I have invested in.”

“Future Positive Capital is a pioneer for a new breed of venture capital firms. New technologies are revolutionising our lives; it is now the time for businesses to show how they can be used for responding to the world’s biggest societal challenges. The team has brought together change makers with the ambition of catalysing the pivotal businesses of tomorrow on which the sustainability of our society ultimately will depend.”

The team believes that Europe is at the forefront of this shift and can become a global leader in commercializing scientific advances and innovating in the global economy’s largest industries because of its very prolific scientific community.

The Fund is supported by InnovFin Equity, with the financial backing of the European Union under Horizon 2020 Financial Instruments and the European Fund for Strategic Investments (EFSI) set up under the Investment Plan for Europe. The purpose of EFSI is to help support financing and implementing productive investments in the European Union and to ensure increased access to financing. 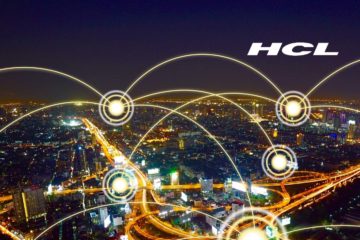