The Korean telecom leader has been pioneering 5G innovations since its Chairman Hwang Chang-Gyu first envisioned the world’s first and best commercial 5G network at the MWC 2017. KT is also the first to offer unlimited data plans for its 5G network services, allowing people to get the best of 5G’s super-fast and ultra-low latency connectivity.

“KT has been the top global leader in 5G commercialization, not to mention it successfully showcased the world’s FIRST trial 5G services at the PyeongChang Winter Olympic Games in February last year,” Chairman Hwang said in a note to employers. “We will become the number one operator of the next-generation intelligent platform, delivering the first and best 5G network services throughout South Korea.”

As South Korea’s number one 5G network operator, KT is leading the global race for 5G commercialization, outpacing rivals from China, Japan and Vietnam to Switzerland the UAE and the U.S. 5G connections will reach 1 billion worldwide in mid-2023 and 2.7 billion by 2025, taking less time than 4G to reach this milestone, according to a latest report by CCS Insight.

The next-generation 5G technology is up to 20 times faster than the current LTE or 4G networks, offering extremely low latency and the ability to connect more devices at once. The South Korean government pledged this week to support the completion of the full-nationwide 5G network by 2022 and raise more than 30 trillion won to invest in the world’s best 5G ecosystem.

Light data users can subscribe to 5G slim, which caps speed at 1Mbps after 8GB of data for 55,000 won per month.

Allowing subscribers access to unlimited 5G data at an affordable price is essential in today’s new era of super-fast speed and ultra-low latency connectivity. KT’s 5G pricing scheme for the first unlimited data plans will help lay the groundwork of the 5G industrial ecosystem in South Korea and the rest of the world.

KT deployed the first phase of its commercial 5G network across South Korea in November 2018. The nationwide service primarily covers the country’s most populated areas, including the capital Seoul and its surrounding metropolitan area, six other metropolitan cities, most of all 85 major cities, 70 large shopping malls and discount stores and 464 college campuses.

Korea’s mobile leader, formerly known as Korea Telecom, has also exclusively built its commercial 5G network to cover the country’s key transportation routes, including two major highways, six airports, and the ground section of high-speed railways. The company plans to expand the coverage to subways and key sites such as public offices and university hospitals.

KT is the first local carrier providing updated 5G coverage information to the public. The company is offering a visualized map at its corporate website documenting its 5G-serviced areas across the country, updated regularly by cities and districts.

Low latency is vital for 5G users to enjoy immersive media such as cloud-based streaming games and AR/VR as well as other key services such as autonomous driving.

Korean consumers are known as early adopters of technology. KT subscribers, with 5G smartphones, will be the first to experience the best of the next-generation wireless network.

narle is a video call app using 3-D and AR technologies for up to eight people at once. Real 360 is an app that allows a one-person broadcaster and as many as four users to communicate in 360° ultra-high-definition (UHD) live-streaming. eSports Live is the world’s first and only dedicated app that allows each user to watch a set of five screens simultaneously for StarCraft, Battlegrounds and other video games.

GiGA Live TV, which comes with an exclusive VR headset and content, has also been upgraded with a new app for 5G services including Special Force VR, the first online game played between smartphone users and VR devices. KT also debuted Pro Baseball Live and Music Live to allow 5G mobile users to watch matches and listen to live music from any desired view point.

“KT wants everyone to fully enjoy the new world of 5G without worry,” said Lee Pil-Jae, head of KT”s Marketing Group. “We will continue our efforts to lead 5G innovations with the world’s best network and services in partnership with our global partners.”

KT also plans to create the world’s first 5G theme park in partnership with Seoul Land, one of South Korea’s first amusement parks, on the outskirts of the capital city. The company has already opened VRIGHT, a virtual reality theme park in Seoul.

KT unveiled its “5G First” strategy to focus on providing the best network, with an emphasis on latency. By favoring the 5G network, this new strategy makes the best of 5G’s ultra-low latency and helps conserve smartphone batteries about 25 percent.

Applying 5G First, KT and Samsung Electronics successfully achieved 1Gbps speed with the Galaxy S10 5G smartphone on KT’s commercial 5G network, using 3.5 GHz frequency in downtown Seoul on March 26. This milestone is a part of a long partnership between KT and dedicated to 5G. KT and Samsung together introduced the world’s first trial 5G services in February 2018, showcased at the PyeongChang Winter Olympics. 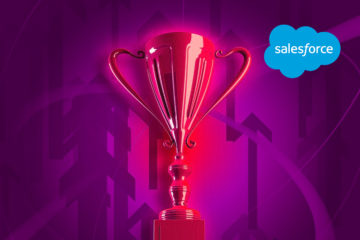 IBM is Recognized as a 2019 Gartner Peer Insights Customers’ Choice for Cloud Infrastructure as a Service, Worldwide