MegaFans (Mobile eSports Gaming Fanatics) has released its first Mobile eSports Engine to integrate Free to Play (FTP) and Pay to Play (PTP) options across both Android and iOS, bringing competitive tournaments to the entire global mobile market with the kick-off campaign, “Play to Win – Anyone, Anywhere, Anytime!” in order to address underserved markets and gamers while solving one of the biggest issues in the mobile gaming industry, extremely high player churn rates.  The new eSports engine is now available in the Google Play and Apple App Stores on MegaFans’ test platform puzzle game, Candy Boo Tournament Edition, and is open to players of legal age in their respective markets.

MegaFans plans to roll out the new engine into a combination of one hundred casual and midcore games with their global team of mobile eSports gaming experts who have been developing the unique product platform for three years and have already gained over 250 thousand installs through testing, data analysis and synthesis.  “The opportunity is massive,” states CEO, Jeffrey Donnelley, “We have been studying, triangulating and obsessing over the $68 billion industry issues, from all aspects for several years and believe we solved the puzzle with an effective, strategic approach, addressing monetization and stickiness for games and a universal experience for the 2.5 billion global mobile gamers, compared to the competitors in our space.”

MegaFans’ focus on driving quality, global mobile eSports tournaments to an inclusive audience, will benefit players around the world, including previously unobtainable markets by using a blockchain ecommerce solution that opens regions previously locked out of in-app-purchases due to restrictions of FIAT currencies in several countries.  The MegaFans eSports engine offers free-to-play and pay-to-play tournaments to age appropriate audiences with prizes that will vary depending on regional regulations, including virtual tokens, gift cards, cash, and prizes.

AIStorm Raises $13.2 Million to Bring Real-Time AI-In-Sensor Technology to the Edge at a Fraction of the Cost 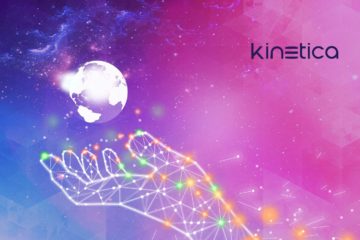