Mendix, a Siemens business and the global leader in low-code and no-code application development for the enterprise, announced the availability of its Summer ’19 Release, which introduces Mendix Studio and Studio Pro, an integrated development environment that delivers game-changing capabilities to the industry by supporting a range of developer skill-sets. The Mendix platform now includes the second generation of Mendix Assist, the industry’s first and most powerful AI tool for building low-code apps, and that is designed expressly for both citizen and professional developers.

And in another industry first, Mendix Summer ’19 Release brings true native mobile development capabilities to the world of low-code, enabling developers of any skillset to build consumer-grade apps that drive innovation, power the workforce, and increase customer engagement.

Taken together these enhancements underscore once again Mendix’s premier position as the technology and market leader in low-code, while continuing to upend and redefine the way modern software must be built in the 21st century.

First, Summer ’19 Release expands dramatically the number of people who can fully participate in software creation, and increases the speed with which they can deliver value. Next, it pairs these capabilities with proper IT governance and guardrails in a transparent, integrated environment that ensures continued performance and availability of the organization’s core digital systems. Finally, it expands the types of applications that can be delivered to include native mobile, conversational apps, chatbots, and a range of augmented reality, virtual reality, and wearables.

The new capabilities of Summer ’19 Release are targeted at eliminating the tremendous pressure on today’s IT departments who lack the staff, time, and resources to deliver a growing backlog of digital solutions for business-critical needs. Mendix closes this gap by empowering nontechnical business experts with accessible entry points to develop applications for the enterprise.

“With Mendix, we’re able to include people from across our organization in building the software we need. We’re not limited by siloes. Business users and professional developers collaborate on one platform to build the solutions we need,” said Steve Ledwith, vice president of engineering, eXp Realty.

At the same time, Mendix’s platform enables IT to maintain full visibility and control over the application’s governance, security, and performance.

Version 2.0 is uniquely positioned among AI-assisted development products in being context aware, with 95 percent accuracy in its top-line recommendations. Mendix Assist advises developers on actions to take both before and after the specific activity they are working on. Mendix Assist also makes recommendations based on the larger context of the specific web page or event that triggered the current activity. In an effort to further aid developers modeling complex activities, Mendix Assist not only advises on next-step actions, but can also recommend actions in previous logical steps.

“What Mendix is doing with AI-assisted development is where we see the future of low-code going. It’s not just about helping new developers, it’s another path to accelerating enterprise application delivery,” said Frank DeGeorge, CTO & partner at Impact Networking.

First to Market with True Native Mobile Development for Low-Code

Mendix continues to push the boundaries of what low-code technology can deliver and is now the only low-code application development platform that can deliver true native mobile applications. By integrating low-code abstraction of iOS, Android, Java, and Objective-C programming into Mendix Studio Pro, the Summer ’19 Release empowers all developers to deliver consumer-grade UX on mobile apps containing the native, device-specific gestures, animations, and micro-interactions that users now expect.

“Developing our application on Mendix was about giving our customers the self-service access to their finances on every channel they use without having to write and maintain multiple code bases,” said Joost Landman, business architect at Rabobank.

With the Mendix Summer ’19 Release, developers can now access all these powerful mobile development features: 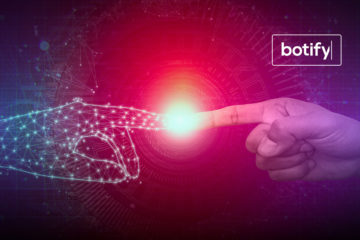 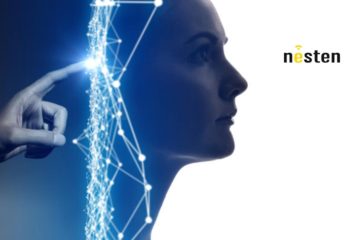 Nesten to Unveil the Future of IoT at CES 2020