IBM Assists in the Fight Against Human Trafficking

IBM Assists in the Fight Against Human Trafficking

IBM announced that Watson Discovery and Natural Language Processing technology, along with IBM public cloud technology, is now being used by public, private and not-for-profit organizations as they collaborate to disrupt human trafficking.

Sometimes called “modern slavery,” human trafficking is a lucrative crime that exploits vulnerable people. Beginning today, stakeholders fighting this scourge have access to a powerful, new technology resource called Traffik Analysis Hub (TA Hub), co-created by IBM and donated to a consortium of public, private, and not for profit organizations, led by STOP THE TRAFFIK (STT), a non-governmental organization (NGO).

TA Hub, which runs on IBM public cloud, was developed on a pro bono basis and features technology donated by IBM. The system enables authorized organizations, such as financial service companies, NGOs and law enforcement agencies, to collaborate systematically, on a continuous basis. They can now securely share and analyze data to connect seemingly unrelated clues that confirm and pinpoint suspected criminal activity. Organizations that have signed on to the Traffik Analysis Hub can potentially gain insights and context they may not have been able to easily obtain on their own.

“We’re optimistic that technologies such as AI can be an important part of improving the lives of so many people,” said Guillermo Miranda, Global Head of IBM Corporate Social Responsibility. “What’s also key here is the collaboration of public, private and not-for-profit sectors — addressing the issue together. They’re telling us that the shared knowledge and intelligence from the Traffik Analysis Hub will enable them to make real progress in addressing human trafficking.”

Modern slavery is estimated to be a $150 billion global industry, trapping an estimated 40.3 million people worldwide and more profitable than illegal drugs or white collar crime, according to the International Labor Organization. Traffickers depend on cheap or forced labor for agriculture, prostitution, hospitality and manufacturing. Organizers lure vulnerable people to work under harsh conditions for inadequate pay. 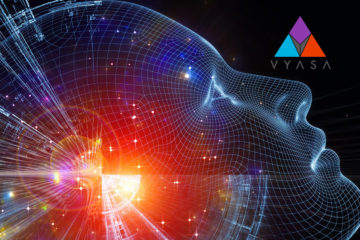