Moveworks announced it has raised a $75 million Series B financing round, bringing the company’s total amount raised to $105 million. New investors ICONIQ Capital, Kleiner Perkins and Sapphire Ventures led the round with participation from existing investors Lightspeed Venture Partners, Bain Capital Ventures, and Comerica Bank. The round also included a personal investment from John W. Thompson, Partner at Lightspeed Venture Partners and Chairman of Microsoft.

The new capital will be used to accelerate product innovation for Moveworks’ Natural Language Understanding (NLU) and advanced Conversational-AI technology to meet global demand for the platform for new and existing customers.

“Moveworks has become the clear market leader in IT support automation, yet in many ways the company is still in its first inning,” said Mamoon Hamid, partner, Kleiner Perkins. “I’ve been tracking Moveworks from the moment they signed their first customer and we believe it has the potential to become the main interaction model for a broader set of enterprise workflows. We’re thrilled to partner with the Moveworks team — IT support is just the start.”

Leading CIOs from some of the most recognizable enterprises in the world — including Broadcom, Western Digital, Medallia, Autodesk and Nutanix — already resolve 30-40 percent of their daily IT support issues autonomously with Moveworks’ advanced machine learning, conversational-AI and Natural Language Understanding platform.

The round of financing comes on the heels of significant momentum. Since coming out of stealth six months ago, Moveworks has added a number of new customers including Align Technology, LinkedIn, Symantec, Belkin, Stitch Fix, AppDynamics and more. The company has also achieved 300 percent year-to-year revenue growth.

“Building Moveworks over the past three years has been an exercise in discipline and focus,” said Bhavin Shah, CEO, Moveworks. “The possibilities of AI are so vast that many start-ups get trapped by the allure of solving every problem their customers present to them. We chose to focus on a single problem that’s been holding IT support back for the last 30 years: resolving IT tickets, quickly and with minimal disruption to employees’ day-to-day jobs. We focused AI on deeply understanding enterprise IT support tickets to solve this very difficult problem. And we’ve succeeded.”

Shah adds, “Instead of making machine learning our customers’ problem, we made it our job. Our system gets better with every passing day and with every new customer that comes on board. The Moveworks engineering and product teams are not only some of the best in AI, but they have also accomplished what most companies today talk about but aren’t actually doing. We’ve operationalized the modeling, training, annotation, re-training, re-factoring, algorithmic designs, and continuous deployments to ensure our systems learn and get better in real time. Very few AI companies in the Valley can do what we’re doing, and we plan to use this capital to evolve and amplify the impact of our platform.”

“I haven’t been this excited about a product, team and opportunity in a long time,” said Aditya Agrawal, Partner, ICONIQ Capital. “Moveworks is not just transforming IT operations, they are building a more modern and enlightened way to work. They’ve built a platform that simplifies and streamlines every interaction between employees and IT, enabling both to focus on what matters. I have been lucky to have had the chance to work alongside great teams to help build Facebook, Dropbox and Flipkart in a direct capacity. I am honored to have the chance to do the same with Bhavin, Vaibhav, Varun, Jiang and the rest of the Moveworks team.”

“We invest in what we believe will be companies of consequence: companies that are addressing a large market opportunity with impactful technology and world-class teams  — Moveworks has all of these elements and more,” said Rajeev Dham, Managing Director, Sapphire Ventures. “They have taken a problem space that has existed for 30 years and solved it using advanced AI. The potential for Moveworks is huge, but the excitement we heard from our CIO network and Moveworks’ customers stems from what they are already delivering. I’m looking forward to being a part of the next phase of their growth.”

Strategy Analytics: 5G Will Take Enterprise Digital Transformation to the Next Level 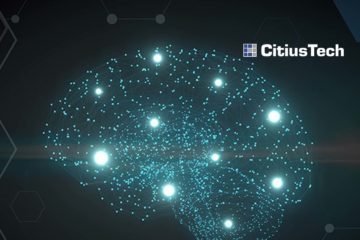 Walmart Turns To Genpact To Dive Into the ‘Age of Instinct’

Saviynt’s Cloud Privileged Access Management (PAM) is Now Available As a SaaS solution on AWS Marketplace, Including an Option For AWS GovCloud (US)