As businesses tap into the power of the Internet, they are under constant risk of attracting cybercriminals. As cybersecurity risks evolve, so do tactics and trends to fight against these. To keep a strong force against cybercriminals, investments and innovations are a must. Cyber Defense Platform, Cybereason has managed to achieve just that.

The creators of the leading Cyber Defense Platform announced a series of investments and commitments totaling $200 million by SoftBank Group Corp. and its affiliates.

With the latest round of funding, Cybereason has acquired approximately $400 million. Cybereason has previously raised capital from CRV, Spark Capital and Lockheed Martin since its founding in 2012.

Cybereason was founded in 2012 in Tel Aviv, Israel by former cybersecurity experts from the Israel Defense Forces Unit 8200. The company moved its headquarters to Boston, MA in 2014.

Cybereason’s cloud-based, revolutionary EPP platform delivers superior security results while achieving an industry-leading ratio of 1 analyst to 150,000 endpoints as compared to the industry benchmark of 1 analyst to 20,000 end-points.

Cybersecurity risks hamper business growth by attacking digital assets and accounts through malicious activities involving a mix of IT, email, and mobile scams. As per the latest report, the value of the cybersecurity market is anticipated to reach $300 billion by 2024. The 2019 President’s Budget released by the White House clearly mentioned the kind of money the U.S. government plans to spend on cybersecurity-related activities this year. it would be a substantial 4.1% increase ($583.4 million) over the 2018 budget.

In this risky ecosystem involving IT operations, it makes sense to leverage Big Data aggregators and analytics companies. Cybereason is one of them.

Today, Cybereason is among the fastest-growing cybersecurity companies in the world, with distribution in all major global markets. Over the last two years, Cybereason’s customer base has increased by more than 300 percent with over six million endpoints under protection.

At the time of this announcement, Lior Div, CEO, and Co-founder of Cybereason said —

“Cybereason’s big data analytics approach to mitigating cyber risk has fueled explosive expansion at the leading edge of the EDR domain, disrupting the EPP market. We are leading the wave, becoming the world’s most reliable and effective endpoint prevention and detection solution because of our technology, our people and our partners.”

How will Cybereason Use the Latest Funding for Cyber Security Defense?

Cybereason will ramp up operations with the additional capital, focusing on global growth in all geographies and will aggressively expand and grow its partner program while continuing to innovate its core EPP offering. Cybereason will also build the world’s first full-stack offering for truly Autonomous Security.

CTO of Cybereason, Yonatan added, “Today, there is a shortage of more than three million cyber analysts. Cybereason’s Autonomous Security approach will elevate the analysts to spend time on higher-value tasks. This is a big data problem that all security operations centers run into and Cybereason will solve with machine learning and AI,” added Striem-Amit.

Cybereason most recently uncovered Operation Soft Cell, the largest nation-state cyber-espionage attack on telecommunications companies. This global attack targeted multiple telcos across the world and illustrated the risk faced by all critical infrastructure industries. Cybereason’s technology platform and its ability to execute historical threat hunting with its Replay product were key in stopping this attack.

As a final note, Cybereason will increase investment in its core organic R&D, will continue to develop strategic partnership integrations and will evaluate inorganic acquisition opportunities.

Nearly 43% of the SMBs are at perennial risk of being inflicted with a cybercrime. Cybereason and a host of players in the ecosystem could come to rescue with their advanced analytics, AI and Machine Learning-driven Cyber Defense platforms.

For instance, Vecozo, a customer of Cybereason. Jeroen den Boer, Vecozo, CISO had said, “Our biggest priority is securing our network with the industry’s leading cybersecurity solutions and we are excited to be working with Cybereason and Kahuna Managing Security. Cybereason gives us the ability to detect and respond to lateral movement, malicious PowerShell attacks in real-time and other malicious activity…

With Cybereason, data is being correlated across the enterprise, highly contextualized, and guidance is given on how to respond to it. That was not possible before, certainly not without using several different tools. Now with the Cybereason Defense Platform, all this insight is available to us in a single dashboard.”

Let’s see how forces such as Cybereason and others take the war against the cybercriminals to the next level.

To participate in our Editorial programs, write to us at info@aithority.com

NETGEAR to Join the Open Security and Safety Alliance 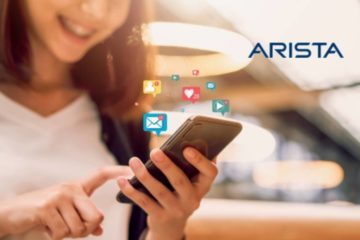 Squirrel AI Learning Attends the 2019 Stanford University Mediax Conference: Connecting the Learner and the Learning with Algorithms and Analytics