SiriusXM announced that Andy Cohen, producer, and television and radio host, has signed a three-year contract extension with SiriusXM.

Cohen, the creator and content curator of SiriusXM’s Radio Andy (channel 102), will continue to host his show Andy Cohen Live, which airs Mondays and Wednesdays, through 2022.  This contract renewal will also keep the Radio Andy channel’s suite of programs including Jeff Lewis Live, Bevelations with Bevy Smith, Dan Rather’s America, Reality Checked with Amy Phillips, Sandyland with Sandra Bernhard and others on air and producing exclusive, entertaining content for SiriusXM subscribers.

“I love the freedom of radio, especially long form, uncensored interviews and the immediate connection with my audience.  Building this channel into a platform to discuss everything from politics with Dan Rather to pop culture with Jeff Lewis has been an incredibly satisfying creative experience,” said Andy Cohen. “I’m grateful to have three more years to continue expressing the breadth of my passion and one channel up the dial from my radio hero, Howard Stern.”

“Andy Cohen created a channel for us that hadn’t been heard on radio before, and in only a short time it has routinely delivered news-making interviews and compelling conversation,” said Scott Greenstein, President and Chief Content Officer, SiriusXM. “We are thrilled to have Andy Cohen staying in the SiriusXM family. He is an incredible interviewer and personality, and has developed a roster of original talent on his channel that have passionate followers amongst our audience nationwide.”

SiriusXM subscribers are able to listen SiriusXM’s Radio Andy (ch. 102) on SiriusXM radios, and those with streaming access can listen online, on-the-go with the SiriusXM mobile app and at home on a wide variety of connected devices, including smart TVs, Amazon Alexa devices, Apple TV, PlayStation, Roku, Sonos speakers. 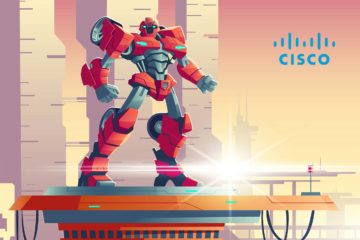 uCloudlink Adopts Virtual SIM into 5G, Firstly in the World