Aptiv will open an autonomous mobility facility in Shanghai for the development and deployment of self-driving car technology on Chinese roads.

With three American centers and one in Singapore, the Chinese market will present its own challenges. However, this is not Aptiv’s first venture in China. Aptiv’s predecessors Delphi and Delco have been operating in China since 1993. Although, this will be deemed as Aptiv’s first AV venture because Delphi & Delco were operating in manufacturing and engineering — a fact that will turn out to be precious as Aptiva tries to bring in its autonomous vehicle technology into China.

Aptiv is aggressively looking to expand in the Chinese market because the growth numbers look solid.

By 2040, China will represent two-thirds of the global percentage of self-driven miles — the year will also see self-driving cars business to be valued at a trillion dollars.

Aptiv will begin testing the prototype in the second half of 2019.

Karl Iagnemma is the president of Aptiv’s Autonomous Mobility unit. He is also the co-founder of nuTonomy, a self-driving car start-up that Aptiv purchased in 2017 for $450 million. He is extremely positive about Aptiv’s move and expressed his sentiment in an interview he gave to a popular science daily. He mentioned that it was never about ‘if’ but ‘when’ Aptiv will enter the Chinese market.

nuTonomy, is the same company that put a robotaxi on the streets of Singapore, that people and human safety drivers could use. Aptiv is searching for more partners to collaborate with, in China for better deployment capabilities. This should be similar to what Aptiv is doing with Lyft back at home. The company has so far completed 40,000 rides of autonomous vehicles in Las Vegas.

But, China is a different market with rules tougher than that in the United States. Hence Aptiv may have to navigate a lot before it gets established in a large and fertile Chinese market. 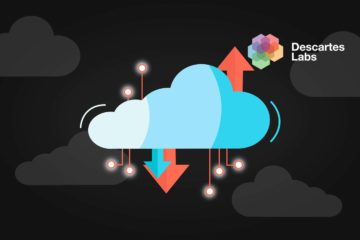