Worldwide shipments of augmented reality and virtual reality (AR/VR) headsets are forecast to reach 8.9 million units in 2019, up 54.1% from the prior year according to the International Data Corporation (IDC) Worldwide Quarterly Augmented and Virtual Reality Headset Tracker. Strong growth is expected to continue as global shipments climb to 68.6 million in 2023 with a compound annual growth rate (CAGR) of 66.7% over the 2019-2023 forecast period.

Worldwide shipments of augmented reality and virtual reality (AR/VR) headsets are forecast to reach 8.9 million units in 2019, up 54.1% from the prior year according to the IDC Worldwide Quarterly Augmented and Virtual Reality Headset Tracker.

IDC forecasts shipments for virtual reality headsets to reach 36.7 million units in 2023 with a five-year CAGR of 46.7%. Among the various products and form factors, Standalone headsets will account for 59% of all VR headsets shipped in 2023, followed by Tethered Head-Mounted Displays (HMDs) with 37.4% share of shipments and Screenless Viewers accounting for the remainder. In the AR headset market, total shipments are expected to reach 31.9 million units in 2023 with a 140.9% CAGR. Once again, Standalone headsets will lead the market with 17.6 million units shipped and 55.3% share in 2023 followed by Tethered HMDs with 44.3% share and Screenless Viewers capturing less than 1%.

“New headsets from brands such as Oculus, HTC, Microsoft, and others will help fuel the growth in 2019 and beyond,” said Jitesh Ubrani research manager for IDC’s Mobile Device Trackers. “However, it’s not just new products from headset makers that will drive the AR/VR market forward. Qualcomm’s latest silicon is also expected to play a major role in enabling hardware partners and providing network connectivity for content creators.”

When it comes to the overall AR/VR headset market, roughly two-thirds of all headsets will be shipped into the commercial segment in 2023 as many AR headsets and a significant portion of VR headsets will cater to this audience. The types of industries and use cases for these deployments will vary dramatically, but key vertical use cases include everything from training and services to retail and design.

“Some of the early movers in the VR space have wisely moved to embrace commercial use cases for the technology as they wait for more consumer-centric experiences beyond gaming and video to materialize,” said Tom Mainelli, group vice president, Devices & AR/VR at IDC. “The Augmented Reality side of the headset business has been largely enterprise-focused from the start, with a few notable exceptions, and we expect that trend to continue for the foreseeable future as most consumers in the near term will experience AR through their smartphone or tablet.” 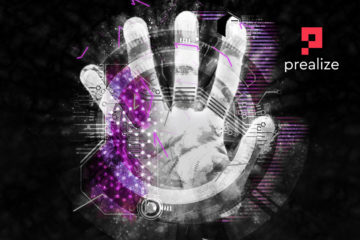 Mobikon Raises US$ 12.5 Mn Series B Round led by Binny Bansal