With the accelerating pace of automotive technology, new-car shoppers entering the market may be surprised by the innovations that have developed in recent years. To help shoppers navigate all of the features and gadgets available on 2020 model-year vehicles, the experts at Autotrader recently named the Best New Automotive Technology for 2020.

“Technology in cars keeps evolving and becoming more sophisticated with advancements from automakers and tech companies both paving the way to enhance safety, entertainment and convenience features with each new model year,” said Brian Moody, executive editor for Autotrader. “You no longer have to buy a luxury car to experience cutting-edge tech – many features come standard on some of the most affordable new models from mainstream brands. This year we are seeing features like back seat reminders at no additional cost on many new models, and that is just one example of the tech headway that keeps changing on new cars.”

Wireless Apple CarPlaySince its introduction, Apple CarPlay has required phones to be connected to the vehicle via a USB cable, but this is starting to change. Wireless functionality for Apple CarPlay is contingent upon the vehicle offering a wi-fi connection, which is available via subscription in a lot of new vehicles today. Even though only a handful of automakers offer this feature currently, consumers should expect it to be more widely available in the not-so-distant future.

Back Seat RemindersMany automakers have begun to incorporate back seat reminder systems into new vehicles. These systems work by taking note of whether you opened the vehicle’s back door before setting off on your trip and then reminding you of this upon exiting the vehicle once you’ve arrived at your destination.

iOS 13 Apple CarPlayThe new version of CarPlay addresses concerns of previous versions and improvements to overall usability. It comes with a new dashboard that offers a dual-pane view that can show both maps and music at the same time, which keeps you from having to manually switch back and forth between screens. There also are improvements to Siri, a refresh to Music and Maps apps, a new light mode and calendar integration.

Redesigned Android AutoSoftware always improves over time and this is the case with Android Auto. Google recently rolled out an update for its Android Auto system with a new interface that mimics that of Apple CarPlay. The system starts off in your favorite maps interface, with icons along the bottom that allow you to control music, voice commands, and more, and a new app drawer looks familiar to the homepage on your Android phone.

Electric Performance CarsWhen electric vehicles first hit the scene, the last thing on anyone’s mind was performance. But a lot has changed over the years, and thanks to the help of automakers like Tesla, electrification is now just as much associated with performance as it is environmental friendliness. The burgeoning performance-luxury electric segment features current and upcoming vehicles from the likes of Porsche, Jaguar, Audi and Mercedes-Benz, and even Ford now has its own Mustang-inspired electric performance car.

Wireless Phone ChargingEver hop into your car for a long drive, realize your phone is almost out of battery and didn’t have access to the proper cable along the way? Just about any new phone offered today comes with wireless charging capability. With this technology now included in the majority of phones today, automakers have begun integrating wireless charging pads into their vehicles, typically locating them somewhere on the center console.

Genesis Intelligent Assistant AppIn today’s phone-focused world, there is an app for everything. Genesis’ app goes above and beyond typical new-car smartphone apps in that it acts as a personal assistant of sorts that can lock and unlock your vehicle from afar, start it remotely, adjust the HVAC system, and even interface with Google and Amazon Alexa, executing commands given through your Google and Amazon devices. This app takes the connected lifestyle and elevates it to the next level, making it easier to interact with our vehicles.

Nissan’s Variable Compression Turbo EngineNissan’s new ‘Variable Compression’ turbo engine is unique in that it can change its compression ratio at a whim depending on driver inputs, allowing it to return better fuel economy in relaxed day-to-day driving, but picking up more power when the driver mashes the throttle.

Electric TrucksPickup truck startups Bollinger and Rivian are both slated to offer their long-awaited electric pickups for sale by the end of 2020, while Tesla has recently revealed the controversial new Tesla Cybertruck, which the company claims will go on sale by the end of 2021. Additionally, Ford has promised that both hybrid and full-electric F-150s are in development, so expect to learn hear more about that in the coming year as well. And when Ford does something, you can bet that GM and Ram will be soon to follow. Electric trucks are coming, and soon buyers will have a lot of options.

Exit Warning SystemsFunctioning similarly to blind spot monitoring, these systems work when the vehicle is stationary in a parallel parking spot and alert you of when a vehicle or bicycle is approaching from the rear. The idea is to keep you from opening your door to potentially disastrous consequences, and from keeping your back seat passengers (i.e. children) from doing the same. Currently, exit warning systems are generally in their infancy and offered only by Hyundai and Audi, but as they evolve we expect them to get more sophisticated and be available on more vehicles. 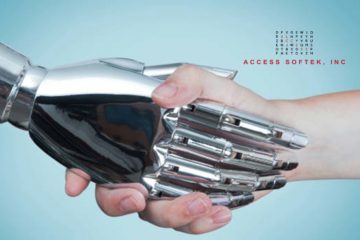