A picture is worth a thousand words, and now can also be worth some Bitcoin. Pixel Wallet is a new venture which enables images files to embed a full Bitcoin SV (BSV) transaction. Its technology can also create image identity systems managed by data on the BSV blockchain. These exciting use cases for BSV have attracted the interest of online gaming and technology entrepreneur Calvin Ayre, who announces an investment in Pixel Wallet. Ayre is founder of the BSV news and mining company, CoinGeek.

Pixel Wallet provides a Bitcoin SV mobile wallet (currently for Android devices) which allows users to place a full BSV transaction inside an image file. It implements a form of steganography – the practice of hiding secret data within an ordinary file or message such as a picture. Users can send a BSV transaction hidden in a digital image they have taken on their mobile device camera, or upload a picture and embed some amount of BSV into the image.

Once an image file is embedded with BSV, users can send those BSV image files to friends through Pixel Wallet to common social media and messaging platforms – such as Facebook, Instagram, Telegram, WeChat, Whatsapp, Discord, Viber, and even email.  A recipient does not need to have Pixel Wallet on their device to access the BSV; using Pixel Wallet’s, recipients can claim the image and Bitcoin to a BSV wallet address which they can access via other apps or means.

With this latest investment, Ayre commented: “As somebody who knows the importance of images and identity, and as a big backer of Bitcoin technology, this investment was a no brainer for me.  I’m excited to see how image technology can be combined with massive scaling of BSV for powerful new uses that cannot be done on any other blockchain or distributed ledger.”

Based in Singapore, Pixel Wallet will be expanding its operation and development locations across Southeast Asian nations.

In addition, the company has much bigger plans beyond its current product. At upcoming CoinGeek Seoul conference (October 1-2 in Seoul, South Korea), Pixel Wallet will announce a new identity system using BSV.  It has developed a multiple image steganography process that allows someone’s image to be embedded with personal information and a Bitcoin transaction.  For example, when incorporated into physical identification and payment cards or digital mobile wallets, this system allows a person’s image to safely confirm their identity and personal data.  The technology has many use cases – such as using a person’s picture on cards and digital devices to enable merchants to securely verify customers and payment authorization; allow access to physical spaces; confirm identity for government records purposes; and improve know-your-customer (KYC) processes.

Pixel Wallet founder John Goldberg commented: “We are excited to show how Pixel Wallet can use of Bitcoin technology, now finally unleashed by Bitcoin SV (BSV), to power the future of identity management.  We thank Calvin Ayre for his support of our company and the entire BSV ecosystem.” 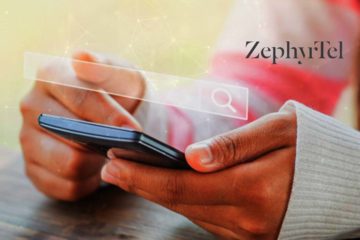 With 40k Users Launched in 3 Months, Workplace Partner, Enablo, Expands to the US