Brands Can't Afford to Underestimate the Power of AI

If brands are not thinking about the coming AI revolution they are already falling behind, according the latest OMD’s Retail Revolution study. This is significant for brands that are challenged to keep up with customers’ rapidly developing expectations.

Shoppers are increasingly demanding VIP treatment from brands that will respect their time, their individuality and can inspire them in unique, personal ways. Interactive technologies have fuelled these increasing demands, the only way for companies to deliver the high-quality personalised experiences customers now expect – at scale – is through the next stage of those technologies: artificial intelligence.

OMD’s Retail Revolution study, in partnership with Goldsmiths, University of London, surveyed over 15,000 consumers across 13 European countries to understand their perceptions of, and behaviours with, AI in retail:

The question for brands is how best to employ AI to create the shopping experiences of the future. However, the risk, as with so many earlier technologies, is that companies will focus on what the machines are capable of rather than what customers want.

Jean-Paul Edwards, Director of Strategy and Product Development, OMD EMEA, said: “As an industry, we need to turn the bundle of technologies described as AI into services that people can care about, such as their insurance app or their cinema chatbot. It needs to be an upgrade to apps, ecommerce, and so on.”

According to OMD’s research, the key things brands need to think about are where to put AI in the communication process, where humans have to take over, and making the whole process as seamless as possible. They should think about training the machines to work with the consumer to deliver value, as that will encourage consumers to use them further. Brands should also think about matching different interfaces to different demographics.

Two distinct groups of consumers emerged from the survey as reluctant to engage with AI: young people who don’t think they need it and older ones who don’t understand it. Over a third (39%) of 18-35 year olds who said they wouldn’t consider having an AI-enabled device as part of their lifestyle said it was because they didn’t need AI. Another quarter said it was easier to use their existing default option.

As a result, retailers will need to manage customers’ expectations, at the same time as inspiring them about the benefits the technology can deliver to them right now.

Edwards commented that, “People find it hard to imagine this stuff. Brands should inspire them, but inspire them around their everyday needs. Brands need to talk about the benefits, not the features.”

The over-riding drivers for brands, according to the research, will be delivering value for customers, winning their trust by being transparent about who’s collecting their data and how it’s being used, as well as making them feel like they’re in control of their interactions. 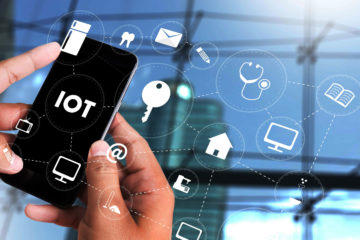