Deloitte Survey: For Blockchain-Savvy Executives, Movement Expected Over Next Year and 'Pragmatism' the New Mindset

Deloitte Survey: For Blockchain-Savvy Executives, Movement Expected Over Next Year and ‘Pragmatism’ the New Mindset

While commercial use of blockchain may still be limited, global executives with excellent-to-expert knowledge of the technology hold much more pragmatic views and look poised to make some major moves over the next year, according to a new Deloitte survey released this morning of more than 1,000 executives at major corporations across seven countries.

“We are at an inflection point — momentum is shifting from a focus on ‘blockchain tourism’ and exploring the technology’s potential to building practical business applications,” said Linda Pawczuk, a principal with Deloitte Consulting LLP and the head of Deloitte’s U.S. financial services blockchain group. “I regard these blockchain-savvy executives’ views as a leading indicator. As more organizations put their resources behind this emerging technology, we expect blockchain to gain significant traction as its potential for greater efficiency, support for new business models and revenue sources, and enhanced security are demonstrated in real-world situations.”

According to the those surveyed, 74 percent report that their organizations see a “compelling business case” for the use of blockchain; many of these companies are moving forward with the technology. About half of that number (34 percent) say their company already has some blockchain system in production, while another 41 percent of respondents say they expect their organizations to deploy a blockchain application within the next year.

In addition, nearly 40 percent of respondents reported that their organization will invest $5 million or more in blockchain technology in the coming year.

This indicates that the coming year will be one of significant commercial blockchain activity, at least among those companies already active with the technology. Still, 22 percent of global respondents – and 30 percent of U.S. respondents – say they still lack a compelling application to justify its implementation.

The survey findings reveal other bullish indicators as well:

Despite respondents’ interest in blockchain’s capabilities, nearly 39 percent of the broad global sample said they believe blockchain is “overhyped.” In the United States, meanwhile, this number is higher: 44 percent of respondents view blockchain as “overhyped,” up from 34 percent in a 2016 survey by Deloitte.

“While this may seem like blockchain is trending in the wrong direction, we believe this change in attitude is more reflective of the shift toward the pragmatists in the blockchain community,” said Pawczuk.

“We’re still early in blockchain’s development, so fits and starts in its maturation are not surprising.” said Joe Guastella, a principal with Deloitte Consulting LLP and global leader of Deloitte’s financial services consulting team. “In financial services, the technology has already inspired the industry to re-examine processes and functions that have been static for decades. We are broadly seeing applications in production – as well as developing them ourselves for clients – and we believe this momentum will continue.”

The survey – conducted in March and April 2018 – was unveiled at Consensus 2018 in New York, the world’s biggest blockchain-focused conference. A broader report on the survey’s findings will be released in June.

At the event, Deloitte is also showcasing a half-dozen blockchain-focused products in its demo lab from the broader network of Deloitte member firms. These efforts – new to the blockchain world – are led by a secure platform that uses blockchain hardware known as crypto tags to give physical goods a digital identity that cannot be altered, essentially creating a “digital twin.” It can help guarantee the integrity and the whereabouts/conditions of freight along supply chains, as well as enable real-time surveillance and marketplace capabilities by smart contract and wallet-based settlements.

PubPlus Launches the PubPlus Lab, Center of Excellence and R&D for Profitable Publishing in the Post-Organic Era 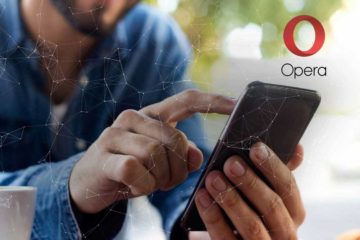 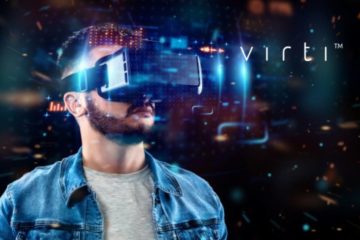