MindHeart Lab (“MindHeart”), maker of the EduPal robot, and Nassan’s Place, a nonprofit organization dedicated to affordable educational and support resources for children affected by autism in underserved inner-city communities in and around Essex County, New Jersey, issue the following statement for members of the press following the theft of two EduPal robots.

Last week, Tony Meador, founder and CEO of MindHeart, shipped two EduPal AI/AR robot units to Nassan’s Place. Nadine Wright-Arbubakrr, the organization’s founder and the mother of a son diagnosed with autism, was initially intrigued by EduPal after meeting Tony and being introduced to EduPal in connection with MindHeart’s partnership with the HollyRod Foundation, a nonprofit organization founded by actress Holly Robinson Peete and her husband Rodney Peete after their own son, AJ, was diagnosed with autism.

“It was exciting to see EduPal on stage at the HollyRod gala a few weeks ago and to hear how this special AI-assisted robot pal can help kids with autism engage and find their voice,” noted Wright-Arbubakrr. “My son Nassan, who is non-verbal on the autism spectrum, had the chance to interact with EduPal as well. When I saw how engaged he was with the robot, it brought tears to my eyes. His attention span can often be very limited when it comes to devices. But this was a completely new kind of experience. It was one of those ‘Proud Autism Mommy Moments’ and a tremendously emotional moment for me. I knew this company had a very special product, so I requested two robots for the underprivileged kids at Nassan’s Place.”

After the EduPal units were delivered, but before they had been taken inside, an unknown individual appeared at the building’s front entrance, surveyed the context, and then took off with the EduPal robots.

The theft was caught on video surveillance and is currently being investigated by local police.

“It’s terrible because our kids were excited to use them and have been waiting on pins and needles for the EduPal robots to get here,” commented Nadine. “It was heartbreaking to have to tell their parents that they had been stolen. Tony and MindHeart have already generously agreed to send us two more. EduPal has an amazing software platform and its overall design just connects with these kiddos like nothing I’ve ever seen. They come out from behind their walls and genuinely interact. It’s remarkable.”

At this point, it is not clear if the thief was aware that the package contained the EduPal robots.

“Though unlikely, it isn’t impossible that the theft was the result of a systematic attempt to acquire EduPal robots before they become available to the general public,” noted Meador. “Such occurrences have happened in the past and it was widely known that a limited number of EduPal Robots were charitably auctioned at the DesignCare Gala in Malibu three weeks ago.”

The Gala was a broadly watched event involving a number of high-profile celebrities (for example, Beyoncé’s earrings from her latest music video were auctioned to Magic Johnson at the event). The EduPal units were a publicly visible part of the auction and the fact that two of them were to be shipped to Nassan’s Place following the event was also publicly available information.

“It was either the random theft of a visible package or it was someone hired to target that particular package,” continued Meador. “We don’t know yet, but we hope to find out more soon.”

The EduPal Robots involved in the theft were from its initial EduPal 1.1 version. However, the company is already moving forward with EduPal 1.2.

MindHeart’s co-founder and Chief Learning Officer Dr. Maureen Dunne, an Oxford PhD and Rhodes Scholar with decades of experience working with those on the autism spectrum, commented, “It was heartwarming to hear how EduPal inspired Nadine’s son to reengage with the social world and communicate, and we will quickly replace the stolen robots because we know how much they will benefit the underprivileged kids that Nassan’s Place serves. As a foster parent for kids with autism myself, I have seen firsthand just how powerful technology can be in helping these kids express themselves and communicate their needs.”

Meador added, “The EduPal robot was borne out of the love of a father and a son. I created this ‘robot with a heart’ mostly as a way to improve the lives of my sons and my mother — each of whom has been diagnosed with a cognitive disorder – and for everyone out there who could use an extra Pal. This is my way of fighting back. As for the two units that were stolen, hopefully, they will find their way to someone who needs them as well.” 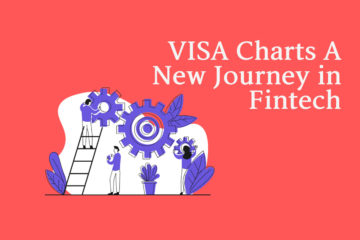