Forbes released the eighth annual “30 Under 30” list, featuring 600 young innovators, entrepreneurs and risk-takers who are putting a new twist on what it means to be a leader for the next generation.  TheForbes class of 2019 30 Under 30 list, includes 30 honorees for each of the 20 categories.

“After nearly a decade, the Forbes 30 Under 30 list has become the most trusted index identifying the next generation of entrepreneurs, visionaries, and game-changers throughout the world,” said Randall Lane, Chief Content Officer, Forbes and creator of the Forbes Under 30 franchise. “Our honorees have already begun implementing fundamental change in their respective industries, and they’ve only just begun.”

The 2019 list features a diverse and unique panel of honorees, with more than nineteen percent identifying as immigrants and more than thirty-eight percent identifying as first-generation citizens. Thirty-four percent of these list members live and work on the East Coast and thirty-three percent on the West Coast. More than fifth-five percent of the list are founders or cofounders and the group has collectively raised well over $1 billion in funding.

All under 30 years old, the honorees were vetted during an extensive three-layer process that leveraged the knowledge and authority of Forbes’ wide-reaching community, skilled reporters and expert judges.  Over the past eight years, Forbeshas grown a 30 Under 30 alumni network of more than 5,000 individuals throughout the world. The names within this network exemplify Forbes’ longstanding reputation of spotlighting up-and-coming revolutionaries and trailblazers who are positioned to implement real change across a variety of industries.

More than 15,000 online submissions were received for only 600 slots, making it a 4 percent acceptance rate. Forbescollaborated with expert judges in each category, including Musa Tariq in Marketing, Jeanie Buss and Martellus Bennett in Sports, Tory Burch in Art & Style, Anil Agarwal in Retail & E-commerce, Andy Fang in Consumer Tech, Liz Claman and Jon Steinbergin Media, Allison Schroeder and Fowler Jermaine in Hollywood & Entertainment, Marshmello in Music, Nic Jammet and Lee Schrager in Food & Drink, Jean Case in Social Entrepreneurs, Austin McChord in Enterprise Technology,David Axelrod in Law & Policy and Brian Sheth in Finance to create a distinctive list of 600 youthful visionaries and disruptors, all of whom represent the entrepreneurial spirit of the Forbes Under 30 franchise.

Your Personal Data and Identity Bears the Cost of ‘Free’ Online Services! 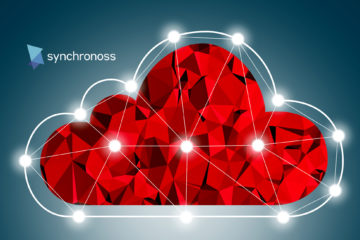