How Nvidia’s Big Spend on Mellanox Could Pay off

How Nvidia’s Big Spend on Mellanox Could Pay off

Nvidia announced it is buying high speed networking company Mellanox at a premium ($6.9 billion) over its current valuation. If the rumors are true, Nvidia outbid Intel, Xilinx, Microsoft and perhaps some others looking to add Mellanox to their technology base. Known mostly as a fast Ethernet and InfiniBand technology supplier, Mellanox has focused more on the high performance data center and cloud marketplace than on traditional enterprise servers and PCs where Nvidia has a significant presence with its GPUs. So why is this acquisition important to Nvidia, and is it a good combination?

Nvidia’s long term growth requires that it not only focus on its traditional GPUs – a market that has seen a good deal of flux and a slowing down of sales in recent quarters (and I expect the difficult conditions to continue, particularly in the PC graphics space). Nvidia really needs to focus on its growing data center business, where it can provide high end products at good margins. There are two key growth areas for Nvidia in these markets – attached graphics engines to servers in big cloud farms like AWS, Google, Microsoft, etc., where these engines are used to process very complex vector computations like geographic and visual information. And in the rapidly growing and hugely important future technology of AI, where Nvidia has made a major investment and where it sees the future of the company.

Mellanox has been in business for about 20 years, with significant revenues and good growth prospects. Its customers include Alibaba, Dell, and HPE among many others. And it has a major presence in large cloud installations and high performance data centers. While Nvidia does have a significant footprint, the scope and quantity of installations that Mellanox is involved in could be a real opportunity for Nvidia by leveraging existing installations to include more Nvidia accelerators. This installed base leverage should not be overlooked in evaluating the acquisition advantages.

But Mellanox’s base technology solutions are also advantageous to Nvidia. The fundamental performance challenge with high end graphics and AI processing is not so much in the internal engines that Nvidia provides to do the processing. The biggest roadblock to performance is in the interconnect between the processing accelerator and the main computing engine to which it is attached. Overcoming this limitation is how any accelerator attached to a cloud platform can increase performance while also lowering the cost of operations (more processing per machine cycle) for operators. This could prove very advantageous to Nvidia.

Nvidia, unlike some of its major chip competitors (in particular Intel), does not have the resources necessary to produce its own silicon solutions for this high performance interconnect problem. Indeed, I’d argue it shouldn’t. By purchasing Mellanox, Nvidia is assuring a fast, industry leading interconnect it can integrate into its products to make them more attractive in both data center and cloud applications. Of course Nvidia could have simply purchased the necessary chips from Mellanox to make it happen. But by bringing the technology in house, it can better tune and optimize the solutions to meet its own needs, which may not be identical to general market high speed interconnect requirements. Further, by owning the technology, it can provide a more integrated system that should reduce the costs of having to use external interconnect components. This could also offer a major advantage against competing solutions in price/performance. This is a competitive move that can put Nvidia ahead — at least until Intel deploys a competing technology.

Bottom line: With this purchase, Nvidia has acquired a company that can significantly help it overcome one of the biggest performance bottlenecks for its coprocessors in cloud installations. This is a growth area for Nvidia and one I expect will be its primary market within 3-4 years. Further, with a major installed base and continuing revenues, Mellanox will help Nvidia leverage opportunities for its products and tap additional revenue streams that can give Nvidia more breadth and depth in overcoming potentially negative conditions in some of its current markets.

Ultimately, though, the value of this acquisition depends on how well Nvidia manages and integrates the technology. Some of its past major strategic acquisitions fell by the wayside (e.g., Icera in cellular modems). Given the significant premium Nvidia is paying for Mellanox, it’s still an open question as to whether this was a good buy or not.

Jack Gold is the founder and principal analyst at J.Gold Associates, LLC., an information technology analyst firm based in Northborough, MA., covering the many aspects of business and consumer computing and emerging technologies. 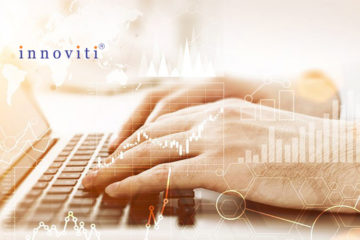