Ideanomics Inc. has announced it has recently entered into an agreement to divest its 55% stake in the Amer Global electronic parts supply chain business for a 10% stake in the newly-formed, Hong Kong-based, Logistorm. Under the terms of the agreement, Ideanomics, along with other strategic partners including BCC Technology Company Limited, Tekang Holdings, and Beijing Financial as management holdings, among others, will assist Logistorm with improving its robotics and electronic internet industry and IOT business consisting of manufacturing data, supply chain management & financing, and lease financing of industrial robotics.

“The Logistorm team approached Ideanomics to acquire the Amer Global business as part of its plans to enter into the supply chain and trading of electronic parts to help streamline its robotics business operations,” said Alf Poor, CEO of Ideanomics. “This deal enables Ideanomics to get meaningful residual value from the Amer Global business which was already being wound down, in exchange for transitioning our operational expertise in electronic parts trading and for future advisory services ranging from sourcing of financing facilities, up to and including an IPO of the Logistorm business in a 2020 timeframe. This is part of Ideanomics active discussions to divest its legacy operations, with talks ongoing to also divest the oil business along with a number of China-based initiatives that were announced and formed since late 2017. All of this activity allows Ideanomics to focus on its AI, Cleantech, and IPO & Asset Management advisory services which has been previously communicated to the market.”

Ideanomics, directly holds the 10% ownership interest in Logistorm in place of the 55% interest in Amer Global previously owned by its Wide Angle subsidiary. Additionally, Ideanomics will nominate one director to the Board of Directors of Logistorm, as well as, provide advisory services to assist the company in pursuing a public listing on the Nasdaq, or an internationally recognized, leading, stock exchange. Logistorm is formed through the merging of four operating businesses with ongoing revenues, generated by acquisitions, of 12B RMB for the next three years. 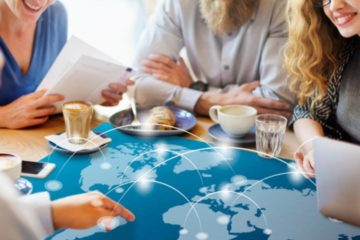 Esports Media Rights Could Surge Due to Coronavirus, Says GlobalData

‘Synergy’ Voted the Most Annoying Marketing Buzzword of 2019