The Influencer Marketing company Buzzoole has released the results of its new research on the use of #ad on Instagram during the first half of 2019. Despite having been under scrutiny for issues such as Influencer fraud and a continued lack of transparency, the number of posts created shows a double digit growth of 90% YoY.

The analysis was conducted tracking the most common ‘transparency hashtags’ #ad, #sponsored and #sp across the globe, using a combination of social listening tools and previous research conducted during 2018. The number of sponsored influencer posts surpassed 1.7 million at the start of this year, growing by 800K compared to H1 2018 (1,733,424 vs 910,185). The engagement grew accordingly with 1.7 billion engagements. In 2017, the overall engagement across the 1.5M #ad posts shared was one billion interactions.

The second quarter of 2019 was the semester that showed the highest increase in the number of posts: 318,000 in April 2019 alone, compared with 114,000 in April 2018. Recent reports have shown that brands invest most of their online marketing budget in H2, and if this trend continues, Influencer Marketing is predicted to witness a record year for #ad in 2019 and surpass three million posts for the first time.

Buzzoole’s analysis also provides insights into the verticals and brands that have invested the most in this space. It found that Fashion (33%) and Beauty (15%) accounted for almost half  (48%) of #ad posts and 52% of the engagement created by the global sponsored content on Instagram. Globally, more than three quarters (76%) of the Creators in H1 2019 were women.

“It’s great to see Influencer Marketing skyrocketing, despite some continued industry concerns over fraud and transparency.” said Fabrizio Perrone, CEO and co-founder at Buzzoole. “The growth of #ad posts may also highlight an increased attention to make sure an ad looks like an ad. As the industry grows, it needs to mature in terms of best practices and the trend looks positive. The rise of influencer-generated and sponsored content shows that most marketers now consider Influencer Marketing a main conversion channel to reach the right audience.”

The study is still ongoing and aims at understanding the market size as well as the opportunities presented by the Influencer Marketing sector. Further analysis on the global use of #ad on Instagram will be published by Buzzoole at the end of the year.

Fabrizio Perrone , continued: “It is an incredibly exciting time, but now more than ever, the industry must act responsibly and work with the highest quality Creators especially when it comes to #ad content to justify the increased budget shift towards influencer-created content.” 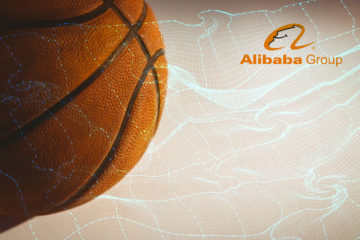