Juniper Networks Helps Cern of the Universe, Ready for the Next Wave of Scientific Discovery

Juniper Networks Helps CERN Peer into the Origins of the Universe, Ready for the Next Wave of Scientific Discovery

Juniper Networks, a leader in secure, AI-driven networks, announced that CERN (European Organization for Nuclear Research), one of the world’s largest and most respected centers for scientific research, has deployed Juniper’s networking solutions to increase the capacity of its data centers and technical network to adapt to increasing research requirements. CERN deployed Juniper Networks QFX Series switches, EX Series Ethernet Switches and is evaluating Tungsten Fabric to create a network built for extreme computing.

CERN’s mission is to learn more about how the universe works. Home to the world-renowned Large Hadron Collider (LHC), CERN is advancing the boundaries of human knowledge through breakthrough research in fundamental physics. CERN chose Juniper Networks for powerful, high-density switching that is ready to help unlock the mysteries of the universe.

The LHC experiments are designed to observe up to 1.7 billion proton-proton collisions per second and produce a data volume of more than 7.5 terabytes per second. Only some of these events lead to new discoveries, therefore the flow of data is filtered and reduced to a manageable level. The LHC experiments’ Trigger and Data Acquisition Systems handle data filtering, collection and infrastructure monitoring. Juniper’s switching portfolio provides high-throughput connectivity to support the data collection and infrastructure monitoring.

CERN’s Geneva data center supports all of its scientific projects, experiments and administrative systems, from spotting camera-shy pentaquarks and charm mesons to everyday video conferencing and payroll tasks. The data center network supports more than 15,000 servers and 260,000 processor cores. It enables researchers around the world to receive data from the LHC experiments for analysis. In the last 12 months, 370 petabytes of data have moved across the network.

“After electricity, networking is the most important element for us at CERN. The physicists need the experiment data to be moved to the data center where it’s processed and sent to our partners around the world. We also have thousands of employees who need access to the research database and regularly need email and web access. So, if the network doesn’t work, CERN doesn’t work. Juniper has provided the network that supports the collider’s operations and experiments, as well as its data center and backbone.”

“Juniper is very proud to be working with CERN by putting dynamic automation and a robust network in place and supporting the organization to embark on the next wave of scientific discovery to continue helping us to understand our mysterious universe.”

Persistent Systems Continues to be Among the Leading Companies in ‘Zinnov Zones 2018 – ER&D Services’; Positioned in the Leadership Zone for Enterprise Software and Consumer Software Verticals 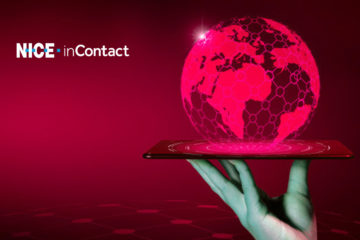