Klaytn uses the word ‘BApp’ to refer to blockchain-based applications rather than the popularized ‘DApp’ (Decentralized Application), in recognition of the fact that decentralization is just one of the many attributes that users will benefit from blockchain technology and from using Klaytn services as well. Accordingly, the judges will select and award BApps that have the potential to deliver practical blockchain service with meaningful values based on user-friendly blockchain experience to millions.

The participants may enter the competition individually or within a team with no limit to the number of teammates. They may also build BApps to serve an industry of their preference, ranging from contents to entertainment, healthcare, finance, commerce, payment, lifestyle, technology, etc. With a prize pool of USD 1,000,000, which will be awarded in Klaytn’s token, KLAY, a total of 15 teams, in 4 different tiers, will be selected. Tier 1 (the first five teams) will receive $100,000 each, while Tier 2 (the second five teams) and Tier 3 (the third five teams) will receive $50,000 and $30,000each. The winners will be announced in late September. There will also be KLAY airdrop events to encourage developers to participate.

Jason Han, the CEO of Ground X, heading the development and operation of the Klaytn platform said, “Our Klaytn Horizon is designed in a way to expand our ecosystem and also discover great blockchain service providers for possible partnership opportunities with us.” He added, “We hope to see many developers join Klaytn’s efforts towards driving mainstream adoption of blockchain services.”

Further, ‘Klaytn Build Program,’ set to kick off on May 30th, invites developers to create developer tools that enhance the Klaytn platform usability. The official announcement can be found on Klaytn’s medium page. Klaytn plans to run more programs that invite developers to contribute to the platform. 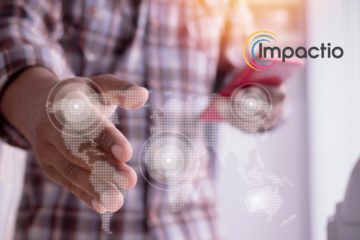