Kika Tech, a leader in mobile communications, continues to expand to meet worldwide consumer demand for its artificial intelligence (AI) platform that enhances how people engage and interact. The company announced new headquarters in San Jose’s historic San Pedro Square to house its growing workforce and to solidify its presence in Silicon Valley’s innovative culture. Kika Tech has also appointed seasoned business executive Tami Zhu as general manager, whose extensive AI background will lead the company into its next phase of growth. Zhu’s experience will be leveraged to further Kika’s AI initiatives along with strategic planning, revenue generation, marketing, business development, and results measurements.

“My chief interest has always been in artificial intelligence and consumer technology,” said Tami Zhu, general manager, Kika Tech. “Kika Tech’s advancements in AI is transforming the way we communicate. It’s an exciting time to join the company, as Kika Tech expands its global presence. I look forward to driving Kika Tech’s expansion to reach new milestones in the U.S. and beyond.”

An MIT graduate and technologist, Ms. Zhu has worked on some of the most cutting-edge innovations of the times, from launching Internet joint ventures across the U.S. and various international countries, to running digital media organizations in China. In her role as general manager, Ms. Zhu will oversee day-to-day U.S. operations including the continued expansion of the U.S. Kika Tech workforce, as the company plans to hire 50 new employees in marketing, sales, engineering and other positions. Previously, Ms. Zhu served as the GM of an AI and robotics startup in San Francisco, where under her leadership, the company raised over $150M in VC funding, won multiple CES Innovation Awards for two consecutive years and became recognized as a dominant AI player in China.

Earlier in Ms. Zhu’s career, she was vice president at IPG Mediabrands, where she led the innovations of digital media. She also held various executive positions including vice president at IAC/InterActiveCorp and head of AOL Ventures, and was the top female Asian executive in the company. Before that, Ms. Zhu launched Excite@Home’s international joint ventures in the Netherlands, Australia and Japan. 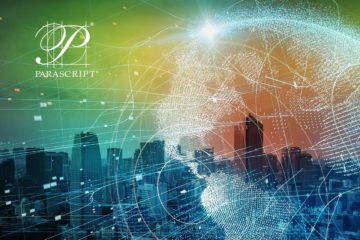