Konica Minolta Appoints Sakie T. Fukushima to Board of Directors

Konica Minolta Appoints Sakie T. Fukushima to Board of Directors

“Sakie is a recognized business leader, and I am pleased to welcome her to the board of directors,” said Masatoshi Matsuzaki, Chairman of the Board, Konica Minolta. “I look forward to her insights and guidance as Konica Minolta continues to build its digital capabilities to support global operations and serve its customers.”

“I am proud and excited to be joining the Board of Directors during this time of innovation and transformation,” said Sakie T. Fukushima. “I have a deep respect for the company’s board and leadership team and am honored to be appointed to this important role.”

Fukushima, President and Representative Director of G&S Global Advisors Inc., will serve as one of five independent outside directors. Formerly a Japanese instructor at Harvard University and a consultant at Bain & Company, she joined Korn Ferry International in 1991, where she later became the President & CEO of Korn Ferry Japan for nine years. During her time at Korn Ferry, she served as an internal board member of the firm for twelve years (1995 to 2007), during which time she was the only internal board member other than the CEO after Korn Ferry went public in 1999.

Since 2002, Fukushima has served as an outside board member at eleven major Japanese companies, including Kao, Sony, Mitsubishi, Bridgestone, and Ajinomoto. She was a member of the advisory board of the Development Bank of Japan (DBJ) for ten years and has been chair during the past seven years of the selection committee of DBJ’s New Business Plan Competition for Women Entrepreneurs. Since 2003, she has served as Trustee of the Japan Association of Corporate Executives, one of the three major business organizations in Japan. From 2011 to 2015, she served as one of the organization’s twelve Vice Chairpersons and the only woman. Her work is focused on the globalization of human capital and promotion of corporate governance.

Fukushima has also served on subcommittees of the Cabinet Office; the Ministry of Education, Culture, Sports, Science and Technology; and the Ministry of Economy, Trade and Industry. In January 2008, she was named as the only Japanese in Business Week’s “World’s Most Influential Headhunters.” She has authored five books and coauthored two books.  In addition, she has written numerous articles and given frequent lectures on the globalization of human capital, diversity promotion, career development and corporate governance. 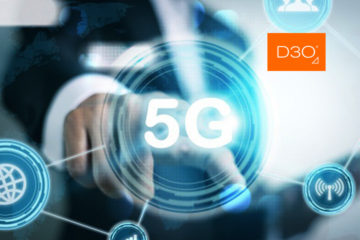