The Microsoft Airband Initiative will expand to bring broadband to 3 million unserved people in rural communities by July 4, 2022

More than 19 million people living in rural America do not have access to broadband, a service as necessary as electricity in today’s digital economy. Today, at an event in Washington, D.C., Microsoft President Brad Smith reiterated his call for a national strategy to close the rural broadband gap and highlighted that this is a problem the country can solve. Smith also announced a significantly increased commitment by Microsoft to help tackle the problem.

The Microsoft Airband Initiative launched in July 2017 with the goal of working with partners to make broadband available to 2 million Americans in rural communities who lack access today and to help catalyze an ecosystem to connect millions more. After the success of the initiative’s first year, Smith announced that Microsoft is raising its goal for the program and increasing the company’s commitment. The program will reach 3 million Americans in rural communities by July 4, 2022, and is adding additional states, bringing the total to 25 states served by this time next year. The new states include California, Indiana, Mississippi, Oklahoma and West Virginia.

“Without a proper broadband connection, these communities can’t start or run a modern business, access telemedicine, take an online class, digitally transform their farm, or research a school project online,” Smith said. “You see this dilemma play out in the U.S. Bureau of Labor Statistics employment data, which shows the highest unemployment rates are frequently located in the counties with the lowest availability of broadband. As a nation, we can’t afford to turn our backs on these communities as we head into the future. Given our early progress, today we are raising our goal and increasing our commitment. Microsoft will pursue work to extend broadband access to 3 million Americans in rural areas by July 2022.”

The event featured a precision-agriculture demo, a discussion with representatives from two internet service providers who are partnering with Microsoft — Packerland Broadband and Declaration Networks Group — and a discussion with representatives from the National 4-H Council and National FFA Organization, which also are partners in the Microsoft Airband Initiative.

The Microsoft Airband Initiative partners with internet service providers that are using a mix of technologies to close the rural broadband gap. This includes TV white spaces, which provides an economical wireless solution for rural areas. Microsoft is also working with hardware manufacturers to substantially decrease the price of TV white spaces devices. These lower-cost devices are critical to lowering costs for rural broadband and expanding access.

Microsoft enables digital transformation for the era of an intelligent cloud and an intelligent edge. Its mission is to empower every person and every organization on the planet to achieve more. 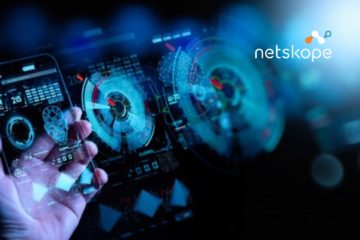