Mindshare, the global media agency network that is part of WPP, announced the appointment of Will Graves as Chief Financial Officer for North America. In this role, Graves will lead and implement financial and commercial strategies for the region. That includes leading client finance, internal and external financial objectives and reporting, and helping to uncover new opportunities for growth.

Graves brings nearly 20 years of experience in the media and technology sectors. He joins Mindshare from Dentsu Aegis Network, where he served as EVP, leading their Commercial Finance team across the U.S. Prior to that, he was the Chief Financial Officer for Vizeum, and before that, he served as SVP of Finance at IPG’s Initiative Media.  Graves replaces Joe Scangamor, who was Mindshare’s CFO for North America until being promoted to serve as GroupM North America’s CFO in September.

“Will is a new-world, inventive CFO talented, dedicated, and brings a real depth of experience and creative thinking to this role. As the media landscape continues to grow more and more complex, the work he does will empower us to take on new challenges for clients and further invest in our own people and growth,” said Adam Gerhart, U.S. CEO, Mindshare.

“The kind of work that Mindshare does not only drives results for clients, but also has a real impact on the industry as a whole. This is an agency that is provoking change, and is growing because of the resulting success. I’m excited to join and become a part of it,” said Will Graves, Chief Financial Officer, North America, Mindshare.

This year, Mindshare USA launched the NeuroLab, which uses medical-grade EEG (electroencephalogram) and GSR (galvanic skin response) technology to measure second-by-second, non-conscious neurological responses to brand stories and media. In doing so, the agency is able to help clients pressure test different ideas and strategies, as well as bust long-held industry myths around marketing and media. For example, the NeuroLab is also used as part of Mindshare USA’s sonic consultancy, helping brands build their own unique audio DNA.

In 2019, Mindshare USA also launched season two of Media Dystopia, a series that imagines the potential fates of media based on the provocations that many industry players would prefer to ignore. The program has helped Mindshare future-proof its clients’ businesses, with season three coming to the 2020 Consumer Electronics Show.

WorkFusion Appoints Vishal Rao to Board of Directors 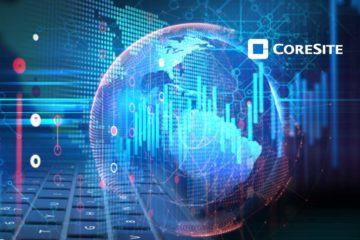