Nuance Identifies Board of Directors for Cerence Inc., its Automotive Spin-Off; Arun Sarin, Former CEO of Vodafone, to be Appointed Chairman

Nuance Identifies Board of Directors for Cerence Inc., its Automotive Spin-Off; Arun Sarin, Former CEO of Vodafone, to be Appointed Chairman

Nuance Communications, Inc., a leading provider of conversational AI, identified the Board of Directors for its upcoming Automotive spin-off, Cerence Inc. Among the directors, the Company announced that Arun Sarin, former CEO of Vodafone, will be appointed Cerence Chairman of the Board when the spin-off is completed on October 1, 2019.

“For Cerence’s future Board of Directors, we have assembled a group of highly talented leaders who bring a variety of meaningful, deep talent and expertise,” said Mark Benjamin, CEO of Nuance. “As Nuance prepares to spin the automotive business into Cerence, the extensive knowledge, unique insights, and proven success of this board will serve Cerence and its shareholders well and will be integral to the company’s bright future.”

Mr. Sarin currently serves as a director at Cisco Systems, The Charles Schwab Corporation and Accenture. He previously served as a director of Safeway, Inc. and Blackhawk Network Holdings, Inc. Mr. Sarin holds M.B.A. and Master of Science in Engineering degrees from University of California-Berkeley and a B.S. from the Indian Institute of Technology in Kharagpur, India.

“There is a significant opportunity ahead for Cerence as the company transforms the mobility experience in partnership with the world’s leading automakers. I am thrilled to be joining at such a pivotal moment,” said Arun Sarin. “I have had the opportunity to spend time with the Cerence leadership team and its future board, and I look forward to together creating value for all of our stakeholders.”

Six Additional Industry Leaders Identified for the Cerence Board

In addition to Mr. Sarin, Nuance has identified six industry leaders for the Cerence Board of Directors:

Cerence Inc. delivers immersive experiences that make people feel happier, safer, more informed, and more entertained in their cars. Bringing together voice, touch, gesture, emotion, and gaze innovations, it creates deeper connections between drivers, their cars and the digital world around them. It currently powers A.I. in more than 280 million cars on the road globally across more than 40 languages and for nearly every major automaker in the world, including Audi, BMW, Daimler, Ford, Geely, GM, SAIC, Toyota, and many more.

Sony Pictures Digital Marketing Raises The Stakes On Augmented Reality With “Jumanji: The Next Level” Campaign 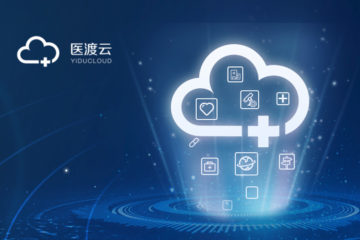 YiduCloud Founder, Gong Rujing Addresses on Shaping the Future of Health and Healthcare at Davos 2020