Numerate, Inc., a computational drug design company applying artificial intelligence (AI) at cloud scale to transform small molecule drug discovery, announced that the National Heart, Lung, and Blood Institute (NHLBI) of the National Institutes of Health (NIH) has awarded a $2 million Small Business Innovation Research (SBIR) Phase II grant to Numerate, following successful completion of work funded by a Phase I Awardi. Numerate, collaborating with members of the UCLA Cardiovascular Research Laboratory (CVRL), will use the funds to support the discovery of novel, small molecule drug candidates that address the need for a well-tolerated antiarrhythmic therapy for the treatment and prevention of ventricular tachycardias and fibrillation (VT/VF).

“In just a few months, we were able to leverage Phase I funding and demonstrate how our AI-driven drug discovery platform can be used to efficiently generate novel small molecule leads against a challenging set of goals”

Under Phase I funding, the research team applied Numerate’s AI-driven small molecule drug discovery platform to identify two lead compounds and demonstrate feasibility of the program. Following screening of a library of about 10 million compounds in silico against computational models for key compound characteristics, 63 molecules were acquired or synthesized and tested in the laboratory, with 18 molecules meeting the in vitro criteria for activity and biodistribution. From this research, two lead candidates met all of the established program milestones for the Phase I grant:

“In just a few months, we were able to leverage Phase I funding and demonstrate how our AI-driven drug discovery platform can be used to efficiently generate novel small molecule leads against a challenging set of goals,” said John Griffin, Ph.D., Chief Scientific Officer of Numerate. “Following the success of our initial research, Phase II will allow us to continue our discovery efforts, with the goal of identifying a new medicine that is safe and effective in preventing and treating serious cardiac arrhythmias.”

“We are encouraged by the Phase I findings and expect to build on our success to, ultimately, develop a new class of therapy for cardiac arrhythmias (class VI antiarrhythmics) that are more effective and better tolerated than current treatment options. Specifically, we believe this mechanism of action will be able to resolve VT/VF without negatively impacting cardiac contractility, making them a better therapeutic class for patients with heart failure, among others, ” said Uwe Klein, Ph.D., Vice President of Biology at Numerate, and Principal Investigator. “We are thankful for the support from the NIH and are looking forward to continuing our successful partnership with Drs. Karagueuzian and Olcese at the UCLA Cardiovascular Research Laboratory.” 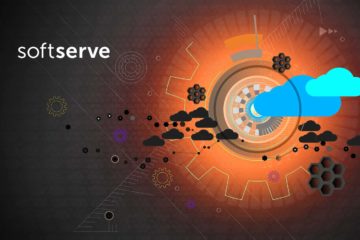