OnRobot Launches Converter Kit at Automate 2019, Enabling Direct Compatibility Between Its Grippers and a Wide Range of Robot Arms

OnRobot Launches Converter Kit at Automate 2019, Enabling Direct Compatibility Between Its Grippers and a Wide Range of Robot Arms

Integrating grippers with robot arms is often one of the biggest headaches when developing new robotic applications. A major obstacle is mismatched I/O signals between the end-of-arm-tooling (EOAT) and the robot arm. To address this challenge, OnRobot is launching the new Digital I/O Converter Kit to support seamless integration of its RG2, RG6, Gecko, and VG10 grippers with a wider range of both collaborative robots (cobots) and traditional robotic arms. A small converter device, the Digital I/O Converter now facilitates out-of-box integration with KUKA, FANUC, Yaskawa, Kawasaki, Doosan, Nachi, and Techman robot arms.

“We are experiencing demand for grippers with increased precision and force feedback in environments such as cleanrooms, medical device manufacturing, and packaging.”

OnRobot’s booth 6773 at the Automate 2019 show in Chicago, April 8-11, will exhibit applications with these robot arms while also showing its grippers on Universal Robots that integrates OnRobot products through the UR+ platform. “OnRobot’s mission is to facilitate faster deployment of collaborative applications,” says OnRobot’s CEO, Enrico Krog Iversen. “It’s the fastest growing segment of industrial automation, expected to grow ten-fold by 2025. Our goal is to be the cobot one-stop-shop solutions provider for all EOAT products.”

Getting the Signal Right

As different robot arms understand I/O signals differently, the Digital I/O Converter Kit works by converting NPN to PNP signals, and vice versa, which means programmers don’t have to worry about the robots and grippers not understanding the signals received. The Converter Kit also includes an adapter plate to convert the OnRobot standard mounting flange to match the robot’s flange.

OnRobot’s increased compatibility has been received with excitement in the robotics industry. Bernardo Mendez, senior product manager with Yaskawa Innovation, says the combination of OnRobot’s EOAT portfolio with Yaskawa’s robot arms delivers a powerful solution. “Our Smart Series robot line-up is based on ease-of-use; adding intuitive integration with OnRobot grippers supports that mission,” he says. “There is a myriad of communication platforms out there, the Converter Kit simplifies this; there are no lines of code to be written by the end user, the wiring is straight-forward. The grippers are really designed with the customer in mind.”

OnRobot established its Americas headquarters in Dallas, TX, last fall and is rapidly expanding the distributor network. Representing the EOAT leader in the Upper Great Plains region is the John Henry Foster (JHF) company where director of automation, Dustin Hrubetz, says the expanded compatibility means less programming, less components, and less time to deploy. “The I/O Converter Kit eliminates the need to have communication go through a 3rd party such as a PLC to process the data. This will open a lot of doors for us,” he says, mentioning applications with high speed and low payloads that OnRobot grippers will excel at. “We are experiencing demand for grippers with increased precision and force feedback in environments such as cleanrooms, medical device manufacturing, and packaging.”

At OnRobot’s Automate booth, JHF will exhibit a Kawasaki RS007N robot arm with the new VG10 vacuum gripper that requires no external air supply featuring a double-grip function enabling it to handle several items in a single operation. “This solution really eliminates the barrier to entry typically caused by customers’ unfamiliarity with pneumatics,” says Hrubetz. “Existing vacuum systems require custom design and usually at least five different parts, sometimes from different sources. A single package that can be bought off-the-shelf and quickly deployed without any engineering is a huge benefit for our customers. Packaging industries with the need to pick many randomly sized bags is an obvious fit for this application.”

Another highlight at OnRobot’s Automate booth is the new Gecko Gripper utilizing the Converter Kit for integration on Yaskawa’s HC10 robot. The Gecko gripper uses millions of micro-scaled fibrillar stalks that adhere to a surface using powerful van der Waals forces — the same way that geckos climb. The unique gripper has attracted widespread attention since its recent launch, including being named a finalist in the Edison Awards, also referred to as the “Oscars of Innovation.”

“We look forward to sharing these trailblazing products with the Automate audience,” says OnRobot’s CEO, Enrico Krog Iversen. “We are just getting started on this fascinating journey where real robotic innovation now moves to the EOAT realm.”

ThoughtSpot Partners with Alteryx to Advance Analytics with AI 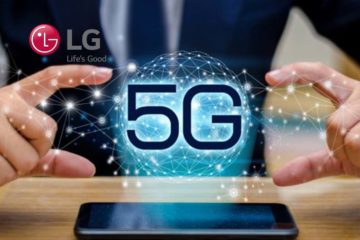 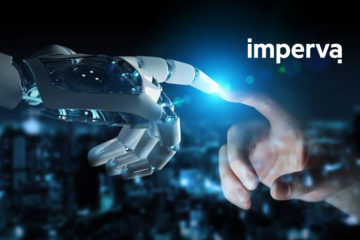 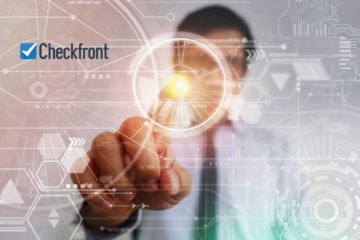 Checkfront Closes $9.3M Series A Round to Fuel Growth of Its Booking Management Platform for Tour and Activity Operators