Lane Mendelsohn, President of Vantagepoint ai, the company behind the world’s first artificial intelligence (AI) trading software available to the retail investor and trader, was invited to interview with the Chinese television network, SinoVision.

SinoVision is a Chinese television network. Founded in 1990, SinoVision is an affiliated member of the Asian Culture and Media Group which also owns the New York edition of The China Press. The company has been one of the largest and most influential Chinese media outlets in North America.

Financial Reporter for SinoVision, Jing Wang, grabbed Lane Mendelsohn, President of Vantagepoint ai for a quick interview while he was walking by on the second floor of the New York Stock Exchange. News had just broken that the Dow had taken a huge plummet. Mendelsohn’s software is well-known in the industry for predicting these major drops and they were eager to see if his software’s AI technology had seen the drop coming.

Just as Vantagepoint accurately predicted one of the largest, record-breaking drops of the Dow which occurred earlier this year, it had foreseen this down turn as well for the Nasdaq and S&P. During the interview, Mendelsohn shared actual charts and forecasts from Vantagepoint on his cell phone which indicated the change in trend direction as early as October 4, 2018.

There are obvious relationships that some markets have with one another, but it’s the not so obvious relationships that cannot be discovered by the human brain alone and can only be detected by artificial intelligence. “As much data as we can possibly grab, we grab that, and using pattern recognition technology that we’ve patented, we’re able to use that to make those forecasts up to 86% accurate. There’s really no other technology besides artificial intelligence that can consume that much data and process it and make sense of it.”, said Mendelsohn.

Vantagepoint’s AI forecasting capabilities work for all trading strategies, short term, intermediate term and long term. It can predict what tomorrow’s high and low price is going to be for an individual stock or for the overall index. Mendelsohn said, “Even out three days, we’re able to very accurately predict when a trend has either hit a top or a bottom and that’s how customers and traders are able to make their decisions about the timing and the direction of their trade decisions.”

What’s in Your Genome? Startup Speeds DNA Analysis with GPUs

What’s in Your Genome? Startup Speeds DNA Analysis with GPUs 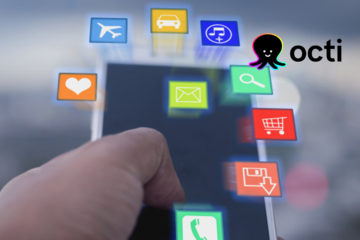