Quantum Corp. announced it has been honored with a Technology & Engineering Emmy Award by the National Academy of Television Arts and Sciences (NATAS) for the company’s contributions to the development of Hierarchical Storage  Management (HSM) systems. The award underscores Quantum’s commitment to industry innovation, as well as its expertise in helping professionals in the media and entertainment industry manage their complex media workflows. Quantum’s StorNext, which combines a high-speed file system with data management software, incorporates HSM technology and has been widely adopted by the media and entertainment industry to address the growing problem of sharing, preserving, and analyzing massive volumes of unstructured data.

“StorNext products are the top choice of leading broadcast, post-production, sports production and corporate video entities around the world for efficiently managing today’s fast-moving collaborative workflows,” said Jamie Lerner, President and CEO, Quantum.  “We’re honored to be recognized by NATAS for our contributions to this vibrant industry. I look forward to accepting our award at NAB, where we’ll be unveiling the latest innovations in StorNext.”

“The Technology & Engineering Emmy Award was the first Emmy Award issued in 1949 and it laid the groundwork for all the other Emmys to come,” said Adam Sharp, CEO & President, NATAS. “We look forward to honoring Quantum for the company’s contribution to HSM system development at NAB Show, where the intersection of innovation, technology and excitement in the future of television can be found.”

The Impact of HSM on the Broadcast Industry

HSM technologies fundamentally changed the way content is stored in the media and entertainment world and paved the path to today’s modern workflows.  The introduction of HSM into media customer sites started in 1996, fundamentally changing distribution workflows and creating an early platform for shared content. Today, shared storage is a requirement for collaboration and workflow enablement.  With newer technologies such as NVMe, the same tiering fundamentals first used to tier to tape are now used to handle a modern migration of NVMe to lower-cost storage.

Other Recent Industry Accolades for Quantum

Quantum has received numerous awards for its products, many of which incorporate StorNext as a central element. Recent honors include:

Read More: How Artificial Intelligence And Blockchain Is Revolutionizing Mobile Industry In 2020? 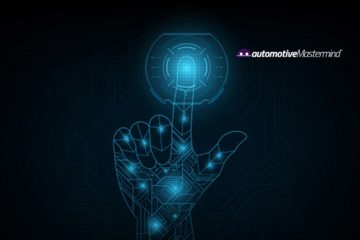 Qventus to Implement AI-Based Technology Platform for Operations at HonorHealth