Quik! announced a partnership with Forms Logic to allow financial management firms to access any of Quik!’s 34,000 forms within the Forms Logic workflow engine. The integration reduces the inefficiencies and errors of manual forms and increases productivity. Every form completed and submitted is an opportunity for a transaction and revenue.

Each Quik! form can display more than 500,000 standardized fields, from common to transaction-specific, which Forms Logic uses to program a seamless automated workflow for managing complex paperwork approvals.

“This partnership is a huge win for clients by making it quicker and easier to fill out forms. Using Quik!’s extensive library we’re even better positioned to seamlessly integrate Forms Logic’s workflow system into a new firm,” said Rick Burgess, CEO of Forms Logic. “The depth and breadth of Quik!’s forms library goes well beyond that of any other in the industry.”

Quik! manages over 34,000 forms for more than 500 companies and financial firms throughout the United States, including 16 of the top 19 independent broker-dealers. Forms Logic is working on several planned client implementations which afford companies and their advisors to focus on building relationships with their end clients instead of filling out loads of paperwork.

“More than 80 percent of manual forms are never completed or submitted, and that means missed opportunities for transactions and revenue,” said Richard Walker, CEO and founder of Quik!. “Partnering with Forms Logic means more companies will see the productivity and value advantage of automating forms.”

Baker Hughes, a GE Company and C3.ai Announce Joint Venture to Deliver AI Solutions Across the Oil and Gas Industry 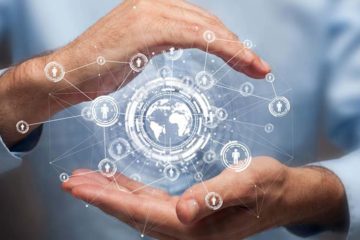