Brands Also Seen as Missing the Mark on Shipping and Convenience, Leaving Opportunity on the Table, According to Oracle Retail Global Survey Drones and Driverless Cars Would Be “Awesome” If They Speed Deliveries, Consumers Say

Retailers are not meeting customer expectations, and in many cases are missing on the fundamentals, according to a new 15,800 respondent global consumer study by Oracle Retail. Case in point, the two sides dramatically disagree on how easy it is to return purchases. While 57 percent of the 210 retailers surveyed noted that returning products is ‘very easy,’ the same share of consumers disagree and rate the return process as a ‘complete hassle’ or at least could be easier.

Shoppers and retailers are also split on what constitutes their most important in-store experiences. More than half (56 percent) of consumers rate convenience, such as having their size in stock, as the top priority, while only 34 percent of retailers noted it as such. Consumers also rank discovery, as in space to experiment and try new products (36 percent) and expert advice (22 percent) as important when shopping in-store. This was much higher than retailers who indicated these attributes at merely 18 and six percent, respectively.

When asked how retailers are preparing to deliver against ever-changing consumer shopping needs, “faster shipping” reigned supreme. Consumers not only agreed but were open to different ways their order could arrive as long as the delivery is fast and cheap. Ninety-two percent of consumers said they would like/love “free one-day delivery by whatever means is most expedient – drone, driverless car, messenger, etc.” This represents a significant increase in positive sentiment toward new delivery models as compared to previous research.

The one caveat – it better get there when expected. The price for late deliveries according to 13 percent of consumers is they would never order from that retailer again.

“Consumer expectations are perpetually in flux, with each positive experience setting a new bar for success in retail,” said Mike Webster, senior vice president and general manager, Oracle Retail. “No matter if they’re enjoying the convenience of ridesharing, browsing through a seamless in-app experience or walking into a brick-and-mortar storefront, customers expect the same caliber of service in all interactions, upping the stakes for retailers as they compete with rival brands and new business models.”

Read More: Data Over-Retention: Why You Don’t Need It, And What To Do About It 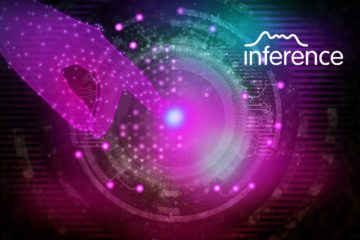 Inference Solutions Recognized as a Leading Platform for Self-Service