RingCentral to Provider of UCaaS Solutions in Strategic Partnership

RingCentral, Inc., a leading provider of global enterprise cloud communications, collaboration, and contact center solutions, announced that it will enter into a commercial agreement with Avaya Holdings Corp., a global leader in solutions to enhance and simplify communications and collaboration, making it the exclusive provider of Unified Communications as a Service (UCaaS) solutions to Avaya. RingCentral and Avaya will introduce a new solution, “Avaya Cloud Office by RingCentral” (“Avaya Cloud Office” or “ACO”). RingCentral and Avaya will jointly develop programs to leverage Avaya’s global sales and partner network, as well as build automated technologies for seamless customer transition to RingCentral’s leading global UCaaS solution.

“This strategic partnership leverages the respective strengths of Avaya and RingCentral to provide a definitive differentiated solution,” said Vlad Shmunis, Founder, Chairman and CEO, RingCentral. “We are excited to bring RingCentral’s leading UCaaS platform to Avaya’s installed base of over 100 million users and over 4,700 partners, providing long-term growth opportunities for both our companies.”

Avaya has one of the world’s largest installed base of on-premise Unified Communications (UC) seats, and an extensive partner network, spanning over 180 countries. Avaya Cloud Office will maximize Avaya’s global market opportunity by adding a strong cloud solution to its portfolio.

“Avaya and RingCentral’s joint investment and commitment to bringing Avaya Cloud Office to market creates an unprecedented opportunity to accelerate the transition to the cloud with attractive economics for our customers and partners,” said Jim Chirico, President and CEO of Avaya. “This also gives us the opportunity to unlock value from a largely unmonetized base of our business as it brings compelling value to our customers and partners. We believe this highly complementary partnership is a game changer that expands the total addressable market for Avaya and creates meaningful value for both Avaya and RingCentral.”

Avaya and RingCentral will jointly develop programs, technologies, and automation to facilitate smooth transition of Avaya’s UC customer base to the cloud. This collaboration will enable Avaya’s customers to leverage their existing investments while drastically reducing migration complexities and timeframes. Avaya Cloud Office is expected to provide an attractive total cost of ownership for Avaya customers and favorable compensation for Avaya and its partners.

Under the commercial agreement, both companies will contribute resources towards development and sales & marketing of Avaya Cloud Office. RingCentral will pay Avaya an advance of $375 million, predominantly for future commissions, as well as certain licensing rights (the “Consideration Advance”). The Consideration Advance will be paid primarily in stock.

RingCentral will also purchase $125 million aggregate principal amount of 3% convertible and redeemable preferred stock, obtaining approximately a 6% position in Avaya on an as-converted basis. This will be funded with existing cash on balance sheet. This minority investment will require neither partial or full financial statement consolidation nor equity method accounting.

Additional information regarding the transaction will be included in a Form 8-K that will be filed with the Securities and Exchange Commission.

This agreement does not require shareholder vote of either company, is subject to customary regulatory approvals, and is expected to close in Q4 2019. The Board of Directors of both companies have unanimously approved the transaction.

The Delivery Economy, the New Status Quo for Brands 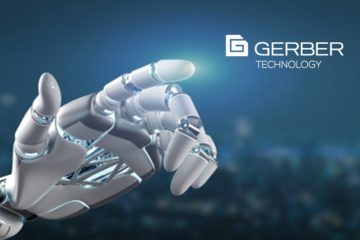