Uberall, Inc., the location marketing solution for businesses competing to attract and win local brick-and-mortar customers, released a new study about how SMB marketers feel about interactive voice technology. Interactive voice is the 2-way engagement that a consumer has with a voice assistant like Amazon Alexa, Google Assistant or Apple’s Siri. People can use these assistants in many different places like smart speakers, mobile phones, and connected services at home and on the go.

For the study, Uberall commissioned a survey of 300 SMB marketers throughout the U.S. Here’s a closer look at what they found.

Almost half think Amazon Alexa has most marketing potential

The SMB marketers surveyed were asked which mainstream voice assistant they think has the greatest potential for marketing. The results heavily favored Amazon’s Alexa, with 48% believing it will be most useful for marketers. Other responses included: “Google Assistant” (29%), “Apple’s Siri” (17%), “Microsoft’s Cortana” (3%) and “Other” (3%).

“It’s not surprising that SMB marketers think Alexa could find its way into their plans in the near future,” said Florian Huebner, Uberall Co-CEO and Co-Founder. “In terms of its install base, Alexa is the most popular voice assistant today, with many people using it in their daily lives. With its rising scale and growing ecosystem, it’s no wonder so many SMB marketers recognize its potential.”

Perhaps most noteworthy was that 38% of SMB marketers polled said they don’t do anything with voice.

“With voice technology still in its infancy, it’s possible that SMBs are waiting until it matures — either from a scale or technology point-of-view — before making it a more prominent part of their marketing strategies,” Huebner said. “There is also a learning curve among marketers on best practices and campaign development that is likely stalling investments.”

The respondents were asked what would make their organization invest more in interactive voice marketing. They were asked to select all that apply, and many had multiple answers. The results are as follows: “Better insight into campaign success and ROI” (53%), “more data for campaign targeting and personalization (47%), “lower barrier to entry on the technology side (33%), “more alignment with my performance campaigns” (32%), “deeper/wider integration into the overall product ecosystem (e.g. smart fridges, smart speakers, smart TVs, phones, etc)” (28%) and “other” (10%).

“Understanding ROI for interactive voice continues to be a challenge for marketers,” said Huebner. “As investments in voice rise, the demand for greater clarity on performance will, as well.”

“This is a very new form of marketing, so developing interactive voice content in-house allows SMBs to have a level of control they might not have with third-party vendors,” said Huebner. “It also keeps costs in check. However, most SMBs are just dipping their toe into voice marketing. As their ambitions grow and campaigns become more sophisticated, they will have to outsource more of the development.” 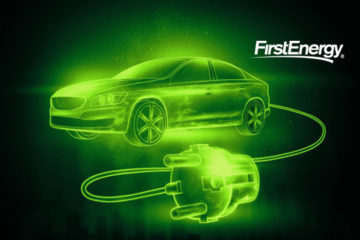