The Linux Foundation, the nonprofit organization enabling mass innovation through open source, announces a new foundation for the diverse continuous integration and delivery (CI/CD) space. The Continuous Delivery Foundation (CDF) will serve as the vendor-neutral home for the most important open source projects for continuous delivery and specifications to expedite the release pipeline process. CDF will foster collaboration between the industry’s top developers, end users, and vendors to evangelize CI/CD and DevOps methodologies, define/document best practices, provide guidelines, and create training materials to enable any software development team around the world to implement CI/CD best practices.

The CDF will have an open governance model that encourages participation and technical contribution and will provide a framework for long-term stewardship and sustainability for CI/CD tools part of the foundation. The foundation is launching with 20+ founding members including Alauda, Alibaba, Anchore, Armory.io, Atos, Autodesk, Capital One, CircleCI, CloudBees, DeployHub, GitLab, Google, HSBC, Huawei, IBM, JFrog, Netflix, Puppet, Rancher, Red Hat, SAP, Snyk, and SumoLogic.

“We are excited to welcome the Continuous Delivery Foundation (CDF) into the Linux Foundation. We’re creating a neutral environment to enhance the tools and best practices needed to speed and ease software development and delivery,” said Jim Zemlin, Executive Director at the Linux Foundation. “Every industry and company relies on software to compete, which is why open source and CI/CD are preferred and pervasive across collaborative, real-time software development teams.”

CD is a software engineering approach in which teams produce software in short cycles, ensuring that the software can be reliably released at any time. With the increased use of microservices and cloud native architectures, continuous delivery tools and practices are in greater demand, providing improved velocity and productivity for software development teams.

“The Jenkins community is thrilled to be hosted by the Continuous Delivery Foundation (CDF). Under the CDF, we hope to create an industry-wide specification with collaboration from a broader group and create a shared investment in vendor-neutral events, documentation, tools, and support,” said Kohsuke Kawaguchi, creator of Jenkins and CTO at CloudBees.

“I’m really excited to see the formation of the CDF – it’s starting with some of the most popular best-of-breed open source tools in the CI/CD space,” said James Strachan, co-founder of Jenkins X and distinguished engineer, CloudBees. “I’m looking forward to increased collaboration between us all to help accelerate the open source CI/CD landscape.”

“Spinnaker, created by Netflix and jointly led by Netflix and Google, is a Continuous Delivery platform that’s been battle-tested in production by hundreds of teams over millions of deployments. Development teams rely on Spinnaker every day to release software changes with high velocity and confidence,” said Andy Glover, Director, Delivery Engineering at Netflix. “The ecosystem coming together in one foundation is a unique opportunity to move the state of the art for Continuous Delivery forward, and the Spinnaker community is excited to be part of this evolution,” said Steven Kim, software engineering manager, Google Cloud and Spinnaker Steering Committee member.

“Continuous Delivery is a critical part of modern software development, but today the space is heavily fragmented. The Tekton project  addresses this problem by working with the open source community and other leading vendors to collaborate on the modernization of CI/CD infrastructure,” said Dan Lorenc, Staff Software Engineer, Google Cloud. “Establishing a vendor-neutral foundation to create specifications will allow the rapidly changing CI/CD space to take full advantage of containers and the broader cloud native ecosystem. For these reasons, we’re excited to host the Tekton project under the CDF, and look forward to collaborating with the other founding members.”

The Cloud Native Interactive Landscape illustrates how diverse the CI/CD space is and the many projects and vendors active in the space.

“As the market has shifted to containerized and cloud native technologies, the ecosystem of CI/CD systems and related tools has radically changed. The number of available CD tools has increased, and there’s no defining industry specifications around pipelines and workflows to aid portability amongst tools. Capital One, CircleCI, CloudBees, Google, Huawei, IBM, JFrog, Netflix and the other Continuous Delivery Foundation (CDF) founding members recognize the need for a neutral home for collaboration and integration to solve this problem. The CDF will establish a community of projects to advance industry best practices and innovation around CI/CD,” said Chris Aniszczyk, Vice President of Developer Relations, the Linux Foundation and CTO of CNCF. 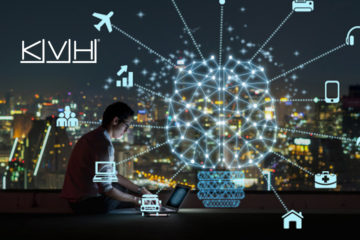 Persistent Systems Continues to be Among the Leading Companies in ‘Zinnov Zones 2018 – ER&D Services’; Positioned in the Leadership Zone for Enterprise Software and Consumer Software Verticals