Through its commitment to build vehicles where they are sold, Toyota is investing $391 million at its San Antonio truck assembly plant to better serve customers.  Once complete, the plant’s total investment will exceed $3 billion.

Today’s announcement comes as part of a broader commitment from Toyota to invest $13 billion in its U.S. operations over five years through 2021. This new investment also comes with a commitment by Toyota Texas to continue funding local workforce development, a community need the company has long championed.

As part of Toyota’s commitment to help San Antonio’s workforce and education, Alamo Promise will receive a $500,000 donation from Toyota Texas over a five-year period. Alamo Promise’s mission is to end poverty, enhance economic and social mobility and meet workforce demands throughout the city.

Separately, Aisin AW, a supplier to Toyota Texas and other automakers, announced that it will invest $400 million and bring 900 new jobs to a future facility in nearby Cibolo, TX.

“The Lone Star State continues to build on its reputation as a manufacturing powerhouse thanks to investments from innovative companies like Toyota and Aisin AW,” said Governor Greg Abbott. “Their combined new investment of nearly $800 million in the San Antonio area is a testament to Texas’ unrivaled workforce and commitment to creating an environment where businesses can thrive free from the heavy hand of government regulation and over-taxation. I am grateful to Toyota and Aisin AW for bringing more jobs to the Lone Star State and I look forward to growing our already strong partnership.”

“We’ve been in the U.S. for more than 60 years, creating a tremendous value chain in this country and creating an extensive footprint in the Alamo City since 2003,” said Chris Reynolds, Toyota Motor North America chief administrative officer of manufacturing and corporate resources. “With 10 U.S. plants, 1,500-strong dealer network, an extensive supply chain and other operations, we directly and indirectly employ over 475,000 Americans and are committed to investing here.”

This new investment at Toyota Texas is in response to strong customer demand and will make the plant even more competitive in the long-term and more efficient while remaining flexible with multi-vehicle production capabilities by introducing various advanced manufacturing technologies.

“What a huge win for San Antonio. This is exactly the kind of project our city has strategically been preparing for—it shows we’re a competitive region ready for big investment from large manufacturers,” said San Antonio Mayor Ron Nirenberg. “Toyota’s investment in our people and our city creates opportunity that can change the lives of an entire generation.”

“We’ve seen for nearly twenty years the kind of impact Toyota has had on our workforce. This latest investment shows the company’s commitment to our future,” added Bexar County Judge Nelson Wolff. “In addition, Toyota along with Bexar County have partnered to develop TXFAME, an innovative program developing Advanced Manufacturing Technicians. Our workforce makes us competitive for big global manufacturers we have what it takes to help them grow and prosper in South Central Texas.”

According to a study commissioned by the San Antonio Economic Development Foundation, total economic impact of these investments will surpass $10 billion with an employment multiplier of over 40,000 jobs over the next ten years for the region.

This is Toyota’s third investment at its San Antonio truck plant which assembles the full-size Tundra and mid-size Tacoma pickup trucks; the facility directly employs more than 3,200 team members. Including its 23 on-site suppliers, total employment at the plant’s site tops 7,200. 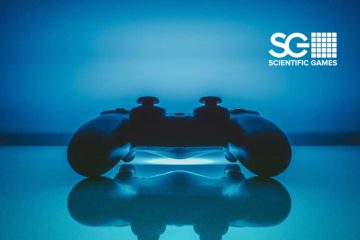