Trace3 Survey Reveals Widespread Lack of IT Planning for AIOps

Trace3 Survey Reveals Widespread Lack of IT Planning for AIOps

Trace3, a leader in business transformation solutions, released the results of a new survey showing that 76 percent of IT teams have not yet implemented artificial intelligence technologies to improve datacenter operations, despite the benefits of AIOps for business efficiency.

Artificial Intelligence for IT Operations, known as AIOps, has emerged as a powerful tool for IT teams to automate datacenter processes by combining big data, machine learning and visualization tools. Infrastructure and operations leaders implement AIOps platforms to reﬁne their current performance analyses. Over the next ﬁve years, the goal will be to further augment IT service management and automation.

The Trace3 survey reveals that most IT leaders are still struggling to implement effective strategies for AIOps due to a lack of clarity about their own technology expectations and business objectives, according to David Ishmael, Trace3 Vice President of Operations Analytics.

“All too often, the promise of new technology gets way overhyped,” Ishmael said. “Business leaders should always set clear expectations to define the metrics of project success before rolling out new technology solutions, and an AIOps project for the datacenter is no different.”

Though the global AIOps growth rate is projected at approximately 34% through 2025, a large proportion of survey respondents have not yet invested at all, or have invested very little, in AIOps. Just over half of survey respondents (51 percent) have no budgets planned for AIOps projects in the next one to three years. Another 21 percent expect to spend less than $100,000 in that period, while 22 percent expect to spend $100,000 to $1 million on AIOps over the next one to three years.

Trace3 conducted this AIOps survey by gathering online responses from 160 CXOs, VPs, directors and mid-level executives from IT, security, business and operations teams in the U.S. during March/April 2019.

Workiva Wins Technical Innovation of the Year Award for Wdata

Ironsource: Predictions for 2019 on 5G, Hyper Casual Games, and Adtech 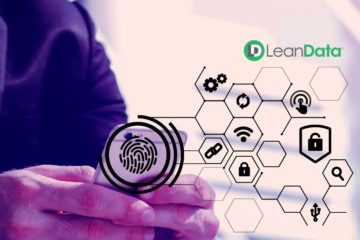