Two-Thirds of UK Business Think Teaching Than Maths and Science

More than two-thirds (68%) of British businesses think that being educated in tech subjects such as coding trumps the importance of more classic subjects such as maths and science. The research, from tech job board CWJobs, also found that 71% of businesses urge candidates to learn tech specialisms in order to futureproof their careers.

Tina Devis, Senior Director, HR, EMEA at Akamai, comments: “The way people around the world consume media is changing forever. As office chat about prime-time TV gives way to spoiler alerts about the latest box sets, on-demand and live-streaming means the way we watch TV will never be the same again. At the heart of this is technology. At Akamai we work with some of the world’s biggest broadcasters, helping to deliver the latest sporting events or major TV shows to millions through our Edge delivery platform. Not only do we deliver the content, but we protect it too. Whether its stopping hackers from bringing down streaming sites, or protecting the payment details of millions of subscribers, those with knowledge and experience in this area can play a huge role in delivering the most exciting broadcast moments to millions who want to see them. So, people with skills in areas such as coding, data analytics and cyber security have plenty of opportunities for a long and exciting career in the media industry.”

One for the CV

Active jobseekers should take note of skills that can push them to the top of the hiring list, with eight out of 10 (80%) business leaders revealing candidates having a tech specialism is an important factor in their future hiring decisions across any job sector. In fact, six out of 10 (63%) admit they would hire someone with a tech specialism over a candidate without one, in order to futureproof their company. A similar amount would make the same decision because the candidate would be able to train others (64%) or that it would give the business leaders themselves a chance to learn (62%). Looking across all industries, proficiency in cyber security (79%) is seen as the most in-demand tech specialism needed by businesses in their employees, ahead of data analytics (76%) and business intelligence (76%).

Around the country, London’s business leaders had the same priorities as the rest of the nation, but nearly three-quarters (73%) also said skills around Internet of Things (IoT) were important for their employees to have. In Birmingham, over half (54%) think coding is a vital skill.

Demand for these skills from future employees is emphasised by the lack of tech specialisms within current UK workforces. Cloud skills (44%) emerged as the most prevalent in employees[i], ahead of cyber security (43%), with no specific skill present in a majority of UK businesses’ workforces.

More lessons to be learned

As the UK faces a skills crisis, over half of UK business leaders (53%) revealed they don’t think children are taught enough tech specialisms at school. When asked when kids should be taught tech skills, nearly three-quarters (73%) feel it needs to be during primary (37%) or secondary education (36%). In fact, in order to help close the tech skills gap, 86% of businesses would consider partnering with a school or college.

Aside from education, UK business leaders think there are additional ways to plug the skills gap, with increasing training programmes (52%), more government investment in the tech industry (50%) and offering more apprenticeships (47%) the top suggestions.

“The UK is facing a skills crisis and those with tech specialisms on their CV are being sought after by all companies, now more than ever,” said Dominic Harvey, Director at CWJobs. “In order to plug that gap, businesses are calling for tech to be given more of a prominence in the school curriculum. What’s clear is that learning a tech skill isn’t just something that’s relevant for one role or one industry, but the entire UK workforce needs to be embracing it if the country is to remain competitive on the world stage.” 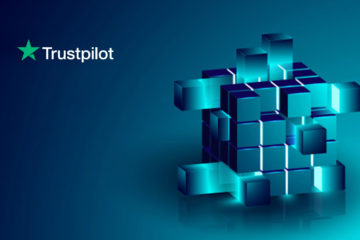 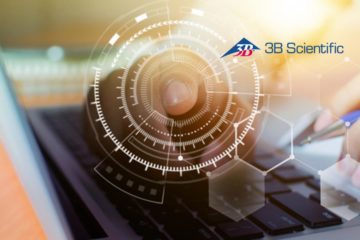