Upwork , the largest freelancing website, released its newest quarterly index of the hottest skills in the U.S. freelance job market. The Upwork Skills Index ranks the site’s 20 fastest-growing skills in a quarterly series. It sheds light on new and emerging skills and provides real-time validation of current trends in the labor market and tech industry. According to a new study, 56.7 million Americans (35% of the U.S. workforce) are freelancing and doing an average of one billion hours of freelance work per week.

“Many in-demand skills today did not even exist five years ago but businesses are finding the talent they need by hiring freelancers, who recognize that we’re shifting towards a skills-first world,” said Stephane Kasriel, CEO of Upwork.

“The pace of innovation is accelerating, and so are the skills necessary to support it,” said Stephane Kasriel, CEO of Upwork and co-chair of the World Economic Forum’s Global Future Council on the New Social Contract. “Many in-demand skills today did not even exist five years ago but businesses are finding the talent they need by hiring freelancers, who recognize that we’re shifting towards a skills-first world. Freelancers are twice as likely as traditional employees to reskill themselves as a result.”

Dropbox recently published a guide on getting started with the Dropbox API (#1), which was the fastest-growing skill out of more than 5,000 skills freelancers provide on Upwork.com. Businesses are seeking out developers who can leverage the API to manage and control their content programmatically — from security, compliance and administration solutions to the development of new apps. According to Dropbox’s initial public offering (IPO) filing, the company was receiving more than 50 billion API calls per month, and more than 500,000 developers had registered and built applications on their platform as of December 31, 2017.

Investment in public cloud services and infrastructure is increasing

Gartner predicts that more than a quarter (28%) of spending within key enterprise IT markets will be cloud-based by 2022. As this shift takes place and businesses look for greater flexibility and agility, they’re in need of solutions that support multiple environments. Catering to these companies, Google announced a new platform, which offers an integrated set of cloud services that can be deployed on the Google Cloud Platform (#11) as well as in on-premise environments. Kubernetes (#8), which lets you run and manage applications in hybrid environments, is one of the services at the core of this offering and saw high growth in Q3, too, along with Google App Engine API (#18), which lets you deploy your app in any environment. 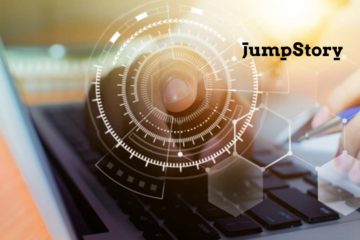