VRGO Ltd., a Bristol, UK-based VR entity that works to create smart devices compatible with VR systems for a more immersive experience today, this week announced they will launch their second product for VR locomotion, the VRGO MINI, on Kickstarter this August.

Known for their VRGO CHAIR release, the VRGO team will be offering VR users a compact version of their tried-and-tested chair in the form of the VRGO MINI.

“The MINI is a gaming chair accessory, fitting between the player and their chair to enjoy intuitive and comfortable seated movement or PC and standalone VR HMDs, connecting wirelessly via Bluetooth,” said Joe Ryan, CEO of VRGO. “We’ve taken our time to build the software capabilities, recently launching our native SteamVR driver that has been tested for compatibility with all-new VR HMDs being launched in 2019. Now is the right time for our team to reveal the MINI.”

The VRGO MINI features the ability to immerse players in the experience as they control their in-game movement, leaning in the direction they want to travel. Unlike competitors, this new product allows for very precise control through analogue input. Priced affordably so the everyday gamer can acquire this new product, the VRGO MINI is compatible with most VR headsets and games, connecting quickly over Bluetooth to a wide array of HMDs, like Oculus Quest, Oculus Rift, Oculus GO, HTC Vive/Pro, Pimax, Valve Index, and Microsoft Mixed Reality.

-Haptic feedback so you can feel VR like never before

-Versatile use-cases beyond gaming within the enterprise

-Posture and core strength engagement for a low-impact gaming experience

VRGO Ltd. launched a Kickstarter campaign in 2015 for their VRGO CHAIRS, which have been distributed worldwide since shipment began in 2017. They are turning to the crowdfunding platform again, this time, for their second product, hoping to distribute finalized models to backers in 2020.

GDPR One Year On: Survey Findings Show Consumer Awareness with Data Use Is Concerningly Low 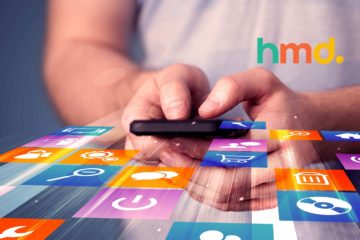 Next Generation Nokia 2.3 Brings Powerful AI to Everyone, Now Available for Pre-Sale in the United States