Zoho Corporation on Thursday announced the release of Catalyst, a new full-stack serverless platform for developers. Catalyst allows developers to create and run microservices and applications. It offers developers, access to the same underlying services and frameworks that power Zoho’s applications. Just in case you don’t know, Zoho’s has over 45 applications that make their solutions function like an Operating System. It is used by over 45 million users globally.

Zoho’s Catalyst offers scalable storage for structured and unstructured data with user-friendly relational databases and file stores. Its listeners will help developers monitor Catalyst’s databases and file stores for changes in real-time. Schedulers will allow execution of functions at set-time intervals. It allows specific vertical applications to be quickly developed, tested, deployed and supported. The clients will not have to worry about infrastructure and international standards.

“With a strong belief in developers’ productivity, we’ve been offering several serverless capabilities to developers before it was even called serverless. Our commitment to end-to-end solutions has enabled us to offer a comprehensive suite of no-code, low-code, and pro-code tools,” said Sridhar Iyengar, Zoho’s Head of Europe.

Build Microservices in Language of Your Choice

Zoho Opens up Its Functionalities for Developers

“Zoho Catalyst sits at the core of our serverless strategy and gives us the flexibility to digitize several of our manufacturing processes,” said Reg Horman, Director of IT and Systems for The Pexion Group, a UK based precision engineering company.

How Is It a Developers’ Delight?

According to Zoho, Catalyst has already empowered developers to build services and applications, including a bug-filing bridge application. Apart from this is an app used to import users into a CRM and a data-cleansing microservice among others.

Blue Prism Takes Intelligent Automation to the Next Level 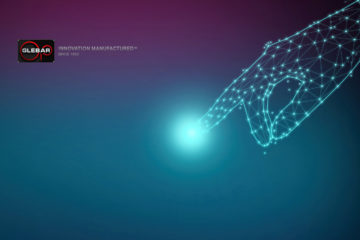