Following Their Advances in Google’s Wavenet Technology, Company Launches Voysis Commerce to Make It Easy for Any Retailer or Brand to Stand Up Native Voice Experiences

At an event in New York, Voysis, announced its new product, Voysis Commerce. The provider of Voice AI for search also released the findings of a research report that shows voice commerce and search is at a major inflection point for retailers and brands.

The launch of Voysis Commerce comes shortly after the company revealed their breakthrough on WaveNet technology that improves on public demonstrations by Google’s DeepMind team. Voysis Commerce allows any eCommerce company to stand up their own brand-specific, native Voice experience, which can be easily incorporated into their mobile websites, apps, and devices.

The Voysis platform utilizes speech recognition, natural language processing and understanding, deep learning, and text to speech capabilities, all of which were developed in-house.

With a Voysis-powered voice AI, shoppers can search for and buy products using their voices. And because it can be easily incorporated into existing mobile experiences, retailers and brands can offer a multi-modal voice and visual shopping experience with minimal time investment.

At the time of this announcement, Dr. Peter Cahill, voice-expert and Founder and CEO of Voysis said,  “Voysis Commerce fills an important void in the market for brands and retailers. With recent advancements in voice technology, we’re now at a place to deliver these experiences at scale. We’re already working with some of the best-known retailers to launch voice commerce imminently, helping them take back their customer relationships with companies like Amazon.”

Cahill added, “While Alexa may have paved the way, the reality is few retailers want to allow Amazon to own their customer data and relationships. It’s the equivalent of letting the wolf into the pen. We not only have a better, more accurate, contextualized solution, but one that appeals to brands.”

The announcement comes at an interesting time for Voice AI in search and eCommerce. Earlier this year the Meeker Report said voice was set to overtake typing for search. Research commissioned by Voysis and unveiled at the launch event in New York found the following:

The Voysis Commerce announcement comes at the end of a busy 2017, for the rapidly growing company. At the start of the year, they announced an $8 million financing round led by US venture capital firm Polaris Partners. Shortly thereafter, Ian Hodson, the former head of Google’s text to speech program who led their efforts on Google Maps, Google Assistant, and Android, joined the company.

Voysis also recently announced their new Edinburgh, Scotland office to add to their office in Boston and headquarters in Dublin, Ireland.

Currently, Voysis provides a complete voice AI platform that enables any online retailer or brand to instantly stand up their own brand-specific, intelligent voice experiences. The platform was built from the ground up by a team of scientists, engineers, and linguists with an in-domain expertise in speech technologies, natural language processing, and deep learning.

Sisense Brings Power to the Builders with New Cloud-Native Linux Platform, Insights to Everyone with Predictive AI Technology 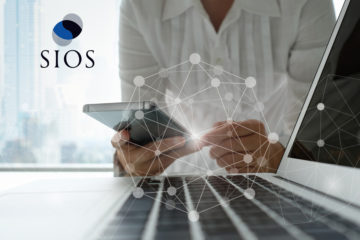