Robots are machines that sense, compute, and take action. More and more, a wide range of robots are becoming part of our everyday lives, performing tedious house chores, distributing inventory in warehouses, and inspecting pipelines, smokestacks, and high-voltage wires in dangerous industrial environments. Robots accomplish these tasks through instructions expressed in software applications that receive and process sensor data and control actuators that create movement and action. While it sounds simple in theory, developing, testing, and deploying intelligent robotics applications is difficult, time consuming, and demands a diverse set of hard-to-acquire skills. For example, implementing intelligent robotics functions like object recognition, natural language processing, or autonomous movement requires the machine learning knowledge of a data scientist. Setting up a development environment takes days of configuring the infrastructure and software. Creating realistic simulators to test robotics applications in multiple virtual environments takes months to build the software and infrastructure needed to run multiple simulations in parallel. Once an application has been completed, a developer still needs to either build or integrate with an over-the-air (OTA) system to deploy the application onto the robot and then update the application on the robot while it is in use. All of this effort severely limits the number of robots and intelligent functions in use today.

“When talking to our customers, we see the same pattern repeated over and again. They spend a lot of time setting up infrastructure and cobbling together software for different stages of the robotics development cycle, repeating work others have done before, leaving less time for innovation,” said Roger Barga, General Manager, AWS RoboMaker. “AWS RoboMaker provides pre-built functionality to support robotics developers during their entire project, making it significantly easier to build robots, simulate performance in various environments, iterate faster, and drive greater innovation.”

As part of AWS’s ongoing support for robotics and open source communities, AWS has made both source code and documentation of the AWS RoboMaker cloud extensions for ROS publicly available under the terms of the Apache Software License 2.0. AWS contributes to the development of the latest version of ROS, namely ROS2, and is a member of the ROS2 Technical Steering Committee. AWS’s contributions to ROS2 include real-time messaging, security, and authentication, as well as working with the robotics community to migrate source code packages from ROS1 to ROS2.

Amazon empowers a smarter, faster, more efficient fulfillment process through the use of automation, robotics, and advanced technologies. “We regularly evaluate how we can use new technology to bring our customers a better experience,” said Brad Porter, VP and Distinguished Engineer, Robotics at Amazon. “Robotics has played a significant role in creating global solutions that help faster deliveries and lower costs for our customers. We’re excited to have supported the creation of AWS RoboMaker and to stand behind a service that will help accelerate robotics development and commercial deployments. We believe AWS RoboMaker will be impactful to advanced robotics operations across the world by greatly decreasing cost and time to production.”

Stanley Black & Decker provides the tools and innovative solutions for the builders, protectors, makers, and explorers. “We are planning to use autonomous ground vehicles and drones to make the construction industry more productive while reducing construction rework costs. Using a variety of imaging sensors, the collected data can be used to create 3D site models for planning and streamlining construction activities,” said Hamid Montazeri, VP of SW Engineering and Robotics at Stanley Black & Decker. “With AWS RoboMaker, we are able to easily test the robotics related software applications in a cloud environment, and rapidly generate synthetic imaging data to train our 3D site model creation algorithms. AWS RoboMaker also provides the ideal fleet management solution for use on ground vehicles and drones. The integration between AWS RoboMaker fleet management and AWS Greengrass makes it really easy to enable communications among ground vehicles, drones, and IoT solutions.”

Robot Care Systems (RCS) enables elderly and disabled people to live safely and independently through technology. “AWS RoboMaker exponentially increases the capabilities of Lea, an autonomous robot assistant for the elderly and disabled,” said Dimitrios Chronopoulos, Lead Mobility Engineer, Robot Care Systems. “Lea is interactive, keeps the elderly safe and active, while it can talk to you, navigate around your house and keep you connected with family and doctors. We have used AWS RoboMaker cloud extensions for ROS to enhance Lea with video and telemetry data streaming, and voice interaction capabilities using services like Amazon Kinesis, Amazon Lex, and Amazon Polly. These cloud services and extensions provided by AWS RoboMaker have enabled us to rapidly develop new features, while breaking the limitations of small on-board computing power.”

Open Robotics works with industry, academia, and government to create and support open source software for the global robotics industry, from R&D to commercial deployments. “AWS’s support for our products, including ROS2, will significantly advance our goal of making open platforms the basis for all robotics applications,” said Brian Gerkey, CEO, Open Robotics. “With ROS and Gazebo available via AWS, it’s now easier than ever for developers to get started and for companies to integrate these tools into their workflow. I can’t wait to see the new and innovative ROS-based robots that will be developed.”

FIRST designs accessible, innovative programs that build not only science and technology skills and interests, but also self-confidence, leadership, and life lessons. “We’re excited to utilize AWS RoboMaker, helping make it easier for students of all ages to develop, test, and deploy robotic applications,” said Don Bossi, President, FIRST. “Offerings like these make it easier for FIRST to meet its mission – to inspire young people to be science and technology leaders and innovators by engaging them in mentor-based, science-focused programs.” 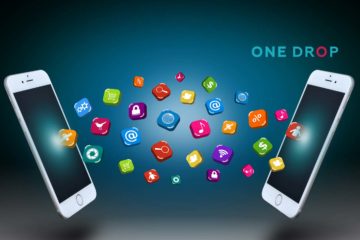 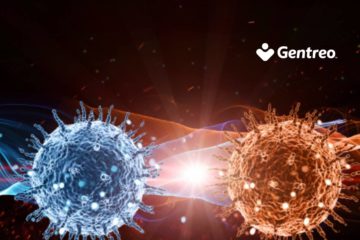