Explorium announced that it has secured $19 Million in funding to scale its new breed of data science platform fueled by Automated Data and Feature Discovery.

Data science is the industry standard for deriving business value from data, enabling companies to generate new revenue, mitigate risk and optimize marketing and operations. While recent strides in the automation of data science have largely focused on machine learning algorithms, the accuracy of predictive models is still dependent on the data that feeds them. Explorium is the first company to empower data scientists with end-to-end automation of the data discovery and generation of ‘features’ — data attributes that can have predictive power.

“We are doing for machine learning data what search engines did for the web,” says Explorium co-founder and CEO Maor Shlomo. “Just as a search engine scours the web and pulls in the most relevant answers for your need, Explorium scours data sources inside and outside your organization to generate the features that drive accurate models.”

The platform connects a company’s internal data to thousands of external sources. It then extracts the most relevant features from these new data sources, and integrates them to power superior models. For example, lenders or insurers can use Explorium to automatically discover the most relevant predictive variables from thousands of new data sources, giving their risk prediction models an edge through better financial, geographic, personal and commercial context.

It comes after a monumental year for the company resulting in rapid growth, operating across seven industries, including financial services, CPG, retail and eCommerce. Having extended its data catalog with proprietary data and partnerships, Explorium is now empowering machine learning models across a wide spectrum of customers, from Fortune 100 companies to fast-growing startups.

Oren Zeev, founding Partner at Zeev Ventures, explained his decision to invest. “Explorium is defining a new category by changing how companies find relevant data for Artificial Intelligence. Maor, Or and Omer have built a mature product in such a short time, and Explorium’s customers are seeing a real impact by supercharging their businesses with new data and features.”

Dovi Ollech, founding partner of Emerge, added “Explorium’s vision of empowering data scientists by finding relevant data from every possible source in scale and thus making models more robust is creating a paradigm shift in data science. Working with the team from the very early days made it clear that they have the deep expertise and ability required to deliver such a revolutionary data science platform.”

Barak Rabinowitz, co-founder and managing partner at F2 Capital, said “We are excited to partner with founders that are constantly driving new growth and value in the marketplace. Data is the new oil, and Explorium empowers companies to find and harness it for growth through Automated Data and Feature Discovery.”

What Is AI Marketing and How It Impacts SaaS Cloud Industry?

Government of Canada Invests in Artificial Intelligence and Creates Close to 1,000 Middle-Class Jobs

Accenture, Cisco and Quest Alliance Team to Skill Youth for the Digital Economy 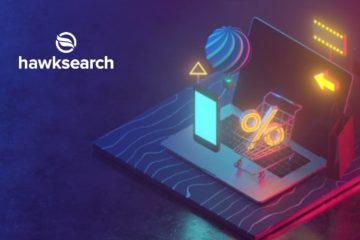 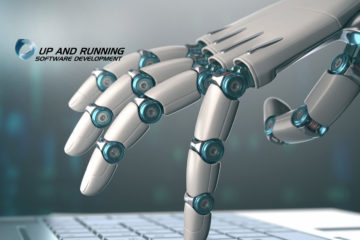