Genymotion, an industry-leading provider of cloud-based Android emulation and VMI solutions, announced the integration of Applitools, the leading provider of AI Powered end-to-end Visual Testing and Monitoring, to allow users to scale automated visual testing through the Genymotion Cloud. The new integration is a perfect union of these two offerings, making it easy for Applitools users to scale their visual tests using Genymotion Cloud virtual devices, and for Genymotion’s eight million Android developers and QA professionals to add AI Powered automated visual testing to its cloud-based emulation and CDI solution for testing on all Android devices at the same time.

With AI Powered Automated Visual Testing integrated into the Genymotion Cloud, engineers can parallelize app tests across all Android devices at once, in order to detect all bugs including visual and functional bugs identified via Visual AI early and easily in the test cycle.

Digital Transformation has created the need for QA engineers to test their mobile applications on a large number of Android devices and screen sizes quickly, which is hard to scale with actual physical devices. Using Genymotion Cloud in combination with Applitools’ automated visual testing suite, Android developers speed up their parallel tests, accelerate releases and simultaneously improve the quality of their Android applications.

Getting Started is Easy:

Genymotion Cloud is a powerful Android emulator on cloud to run and scale automated tests, and reduce time-to-market of apps. With flexible per-minute pricing, QA professionals and test automation engineers have the ability to manage their testing costs by scaling up or down the number of devices. Register on Genymotion Cloud to try its solution for free, no contract.

“Applitools is the clear leader in the Automated Visual Testing space as a result of its industry-leading Visual AI technology, and we are excited that their suite of application visual management solutions is now available to Genymotion Cloud users,” said Tim Danford, CEO at Genymotion. “Engineers who need to scale their testing can now take advantage of the opportunity to save time and get their product to market quicker than ever before.”

“I am glad that these two industry-leading technologies have integrated in order to bring Android Developers the value of automated visual testing combined with the Genymotion Cloud,” said Gil Sever, CEO of Applitools. “Visual AI is the only way for developers to visually validate every screen of the native Android applications quickly and accurately to support faster releases at a higher quality than ever before.”

Learn more about how to use Genymotion Cloud, Appium, and Applitools to visually test Android apps.

“I’m happy to see Applitools and Genymotion working together to lower the barrier to entry for mobile automated visual testing,” said Jonathan Lipps, Architect of the Appium project and Founder of AppiumPro. “As someone who’s focused on making it easier for the world to achieve all kinds of mobile automation, I appreciate how this integration will put easy distributed visual testing within the grasp of every tester using tools they’re already familiar with.” 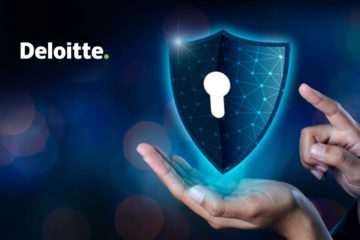